I don't want to discuss this past Saturday's game ;), so I'm going to relive one of the most fun weekends yet this year! 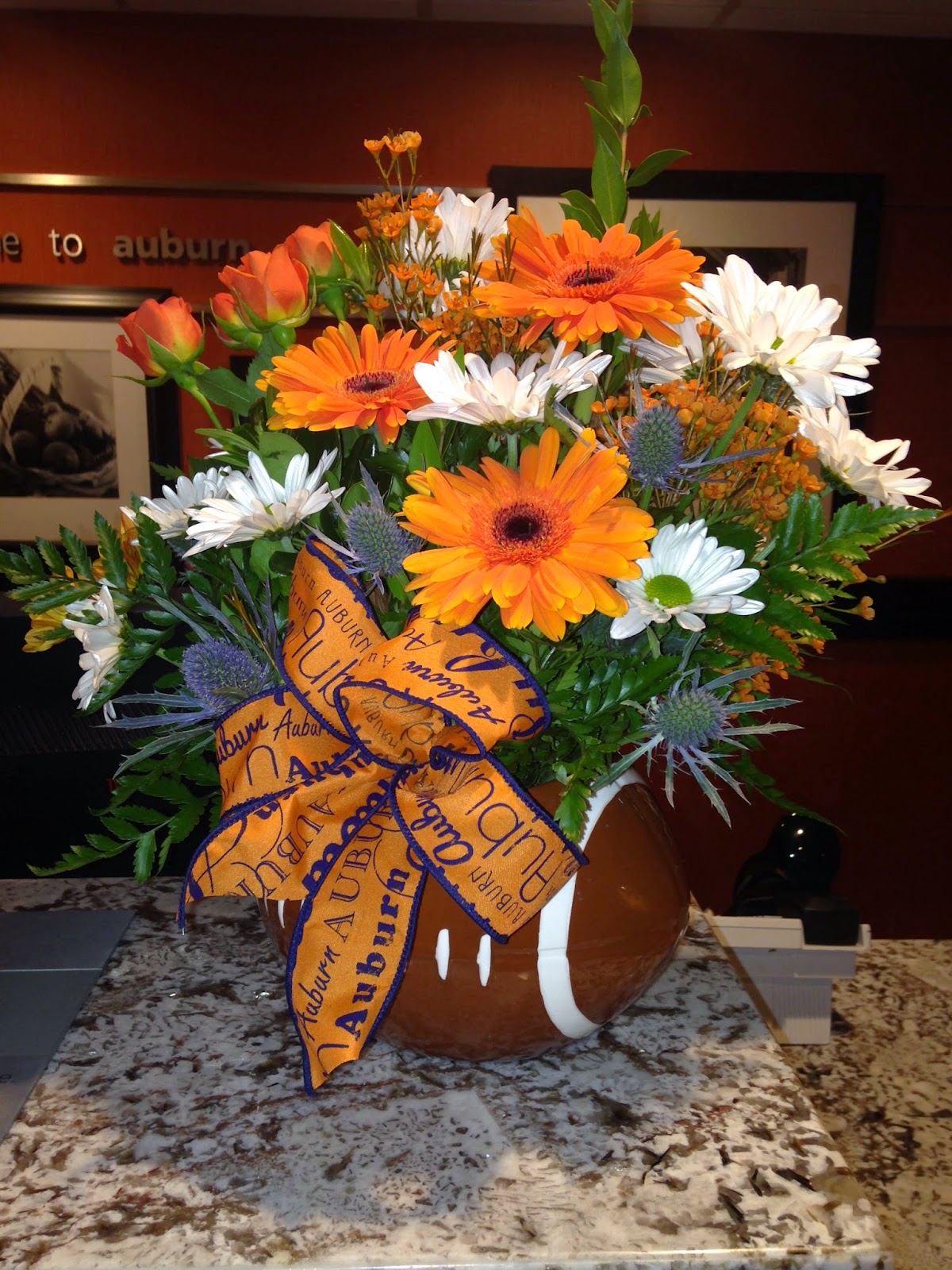 My Alpha Gam sorority sisters decided this summer that we were going to have a big reunion tailgate for the LSU game, and it was such a great time.  Josh and I got into town on Friday evening and immediately made our way to J&M Bookstore downtown to pick up some spirt wear before making our way to the hotel (because what's an Auburn game without sparkle face tattoos??).  We had dinner with the girls and their husbands that came into town early at Moore's Mill Country Club (my how our game-weekend Friday nights have changed in the last 10 years!), and it was delicious.  Even though we all got together just this summer at the beach, I don't think I could see these girls too much!! 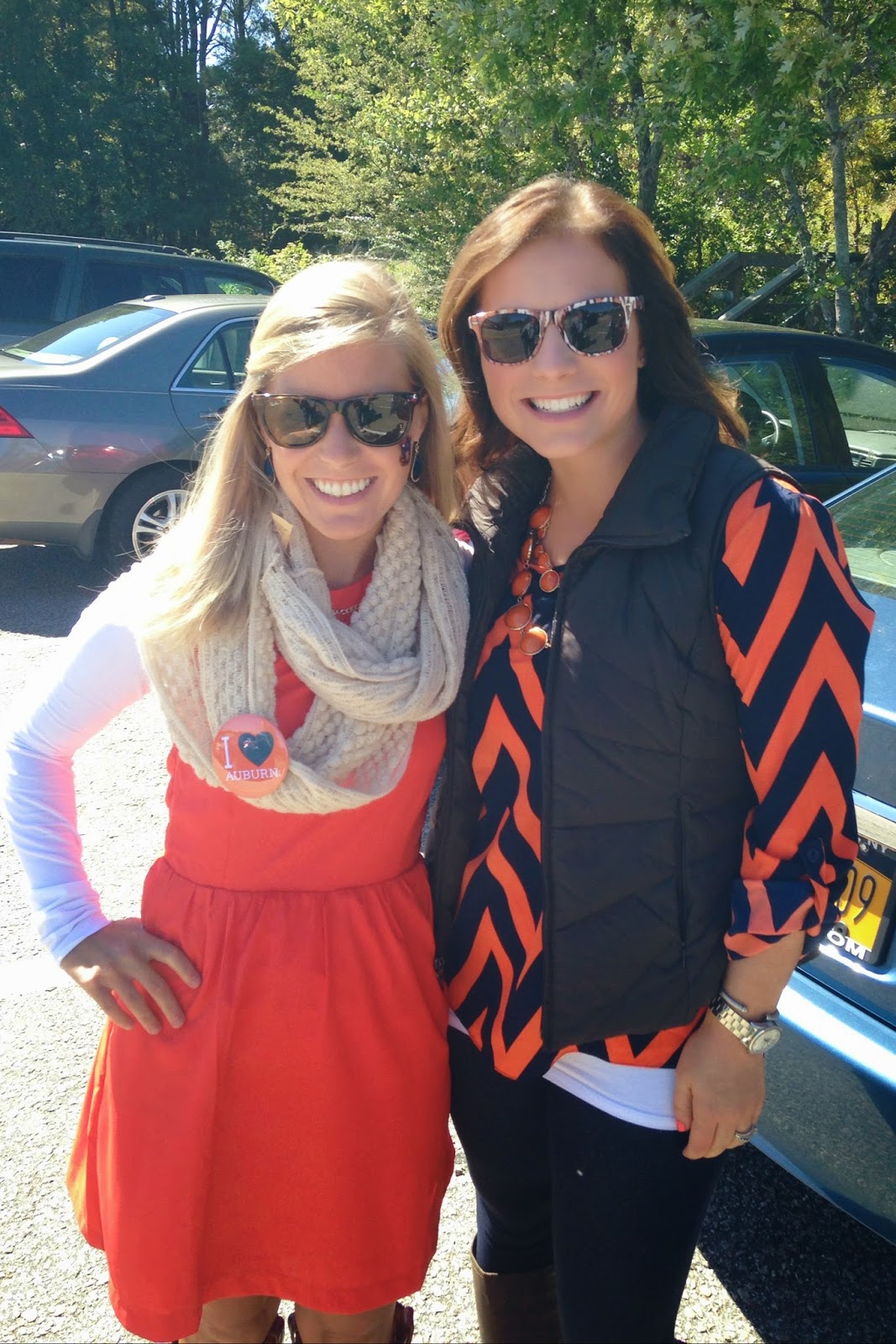 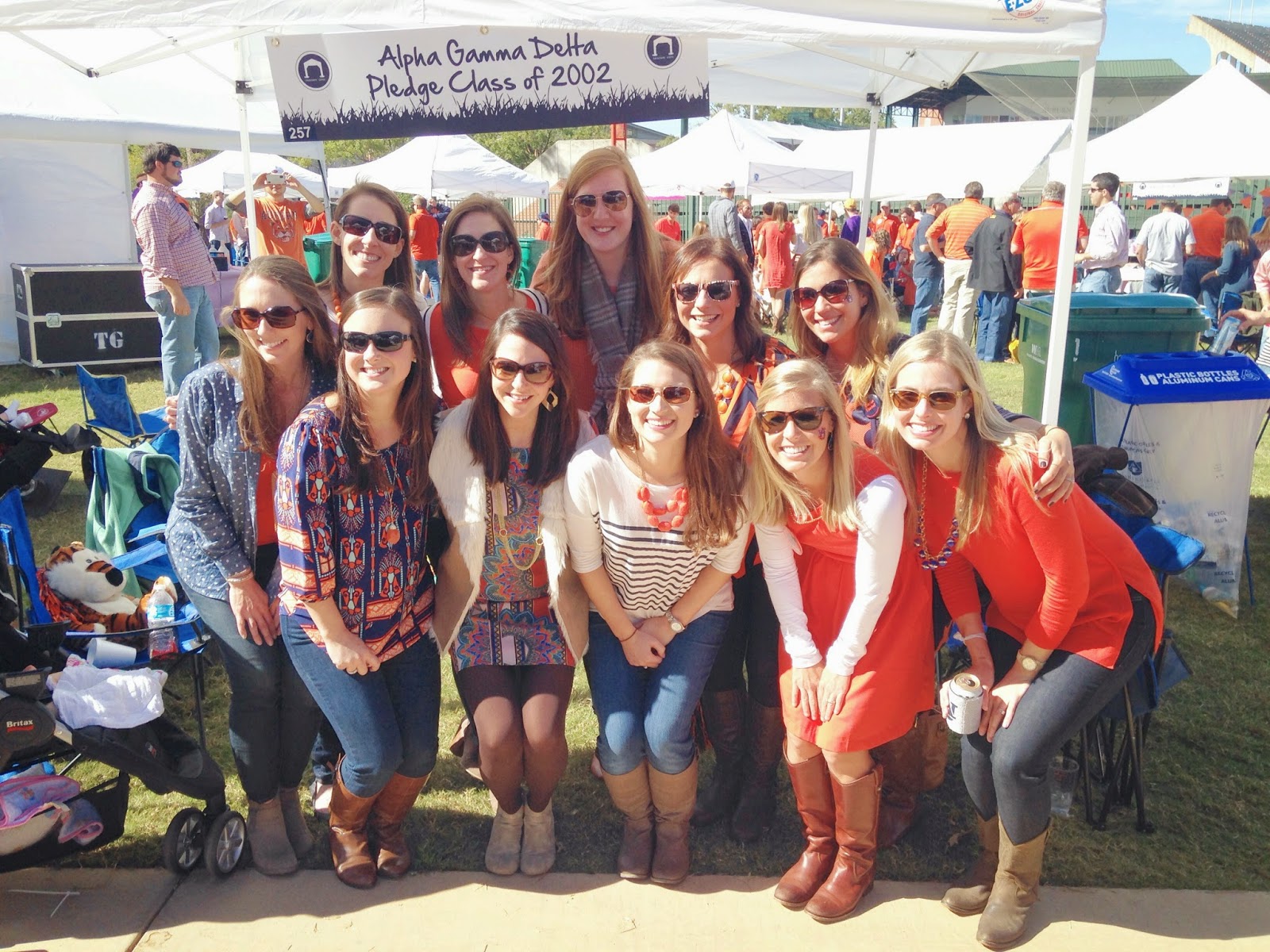 Saturday started off early with tailgating around noon.  We had a tent set up by the Tailgate Guys (check them out, they are awesome!).  We walked around campus for a bit checking out all of the new buildings that I haven't seen yet, and I got a little jealous that the current students have all of these new awesome amenities that weren't there when I was in school.  I almost didn't recognize parts of campus with all of the new construction (new to me, not all that new to the school though).  Of course, I just HAD to make a stop to see my main man, Cam Newton, in all his bronze glory outside of the student entrance to Jordan-Hare Stadium as well. 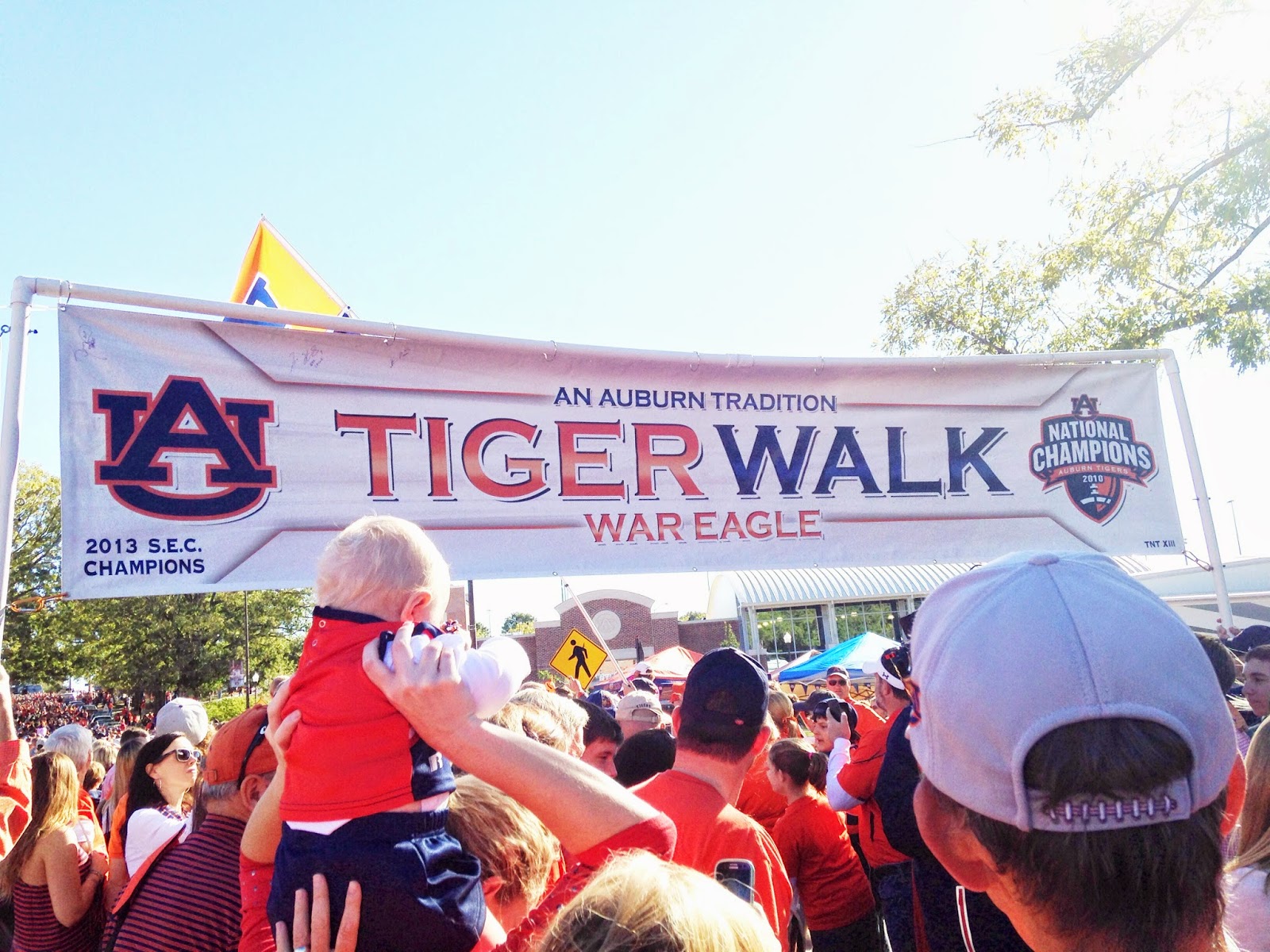 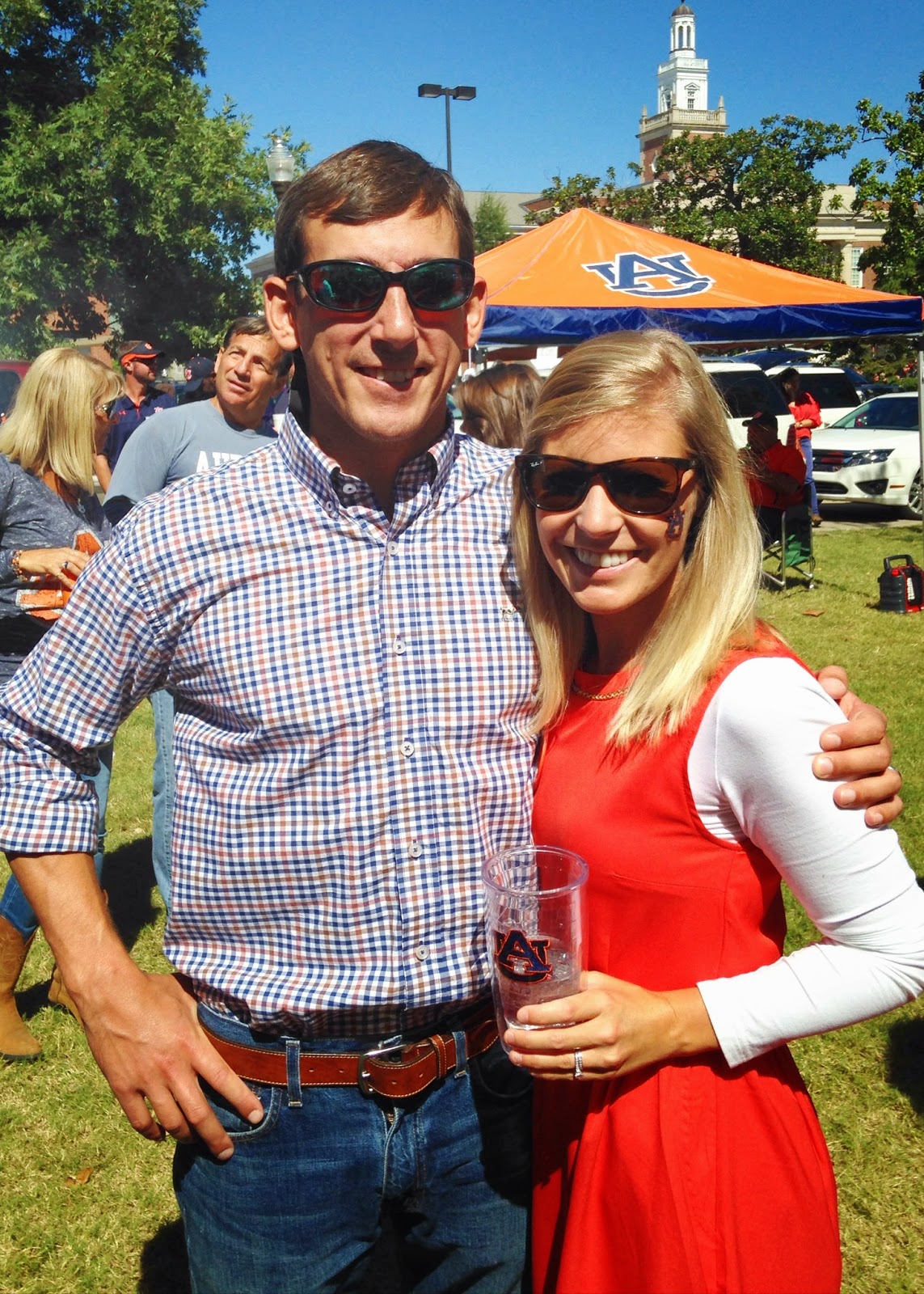 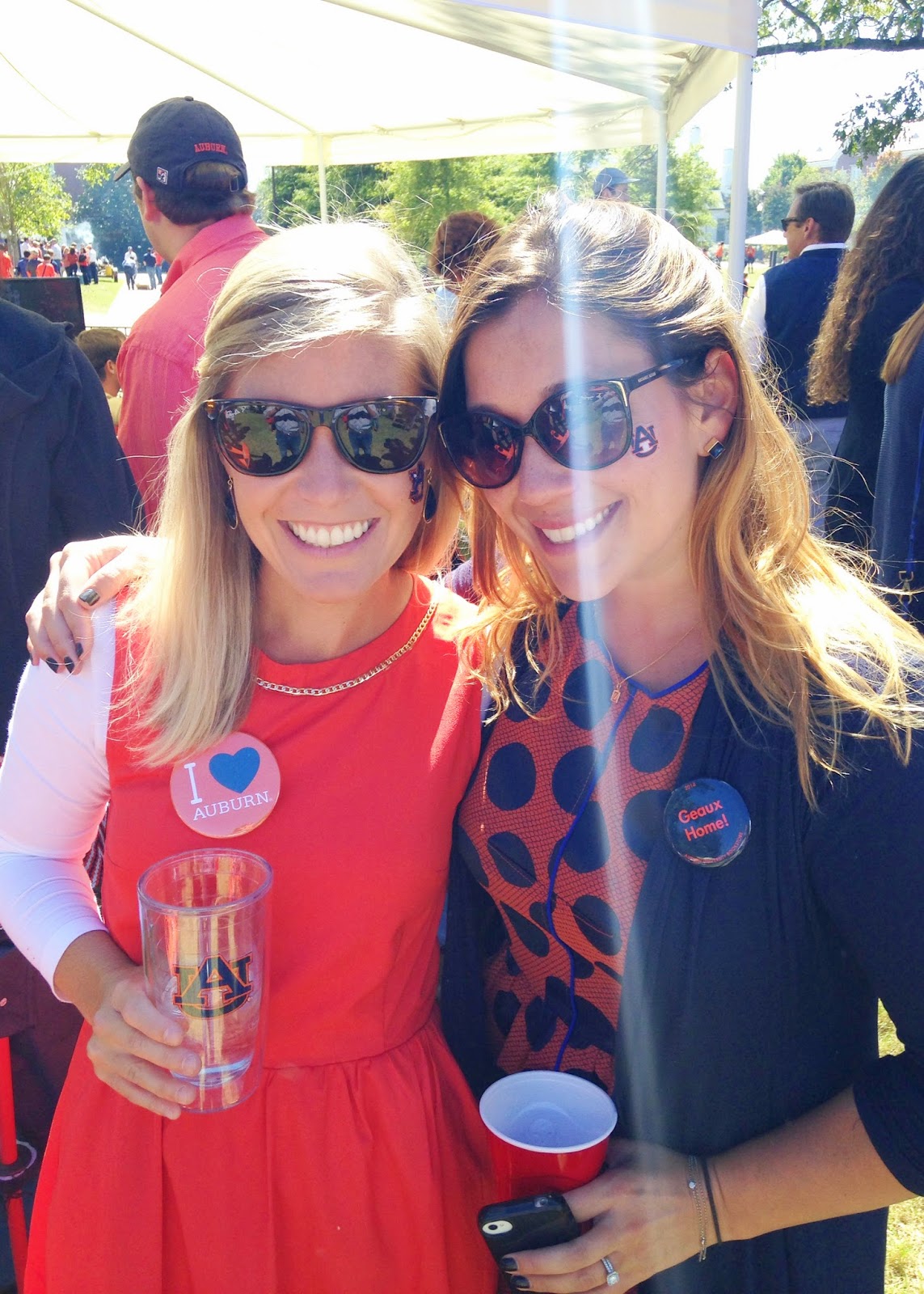 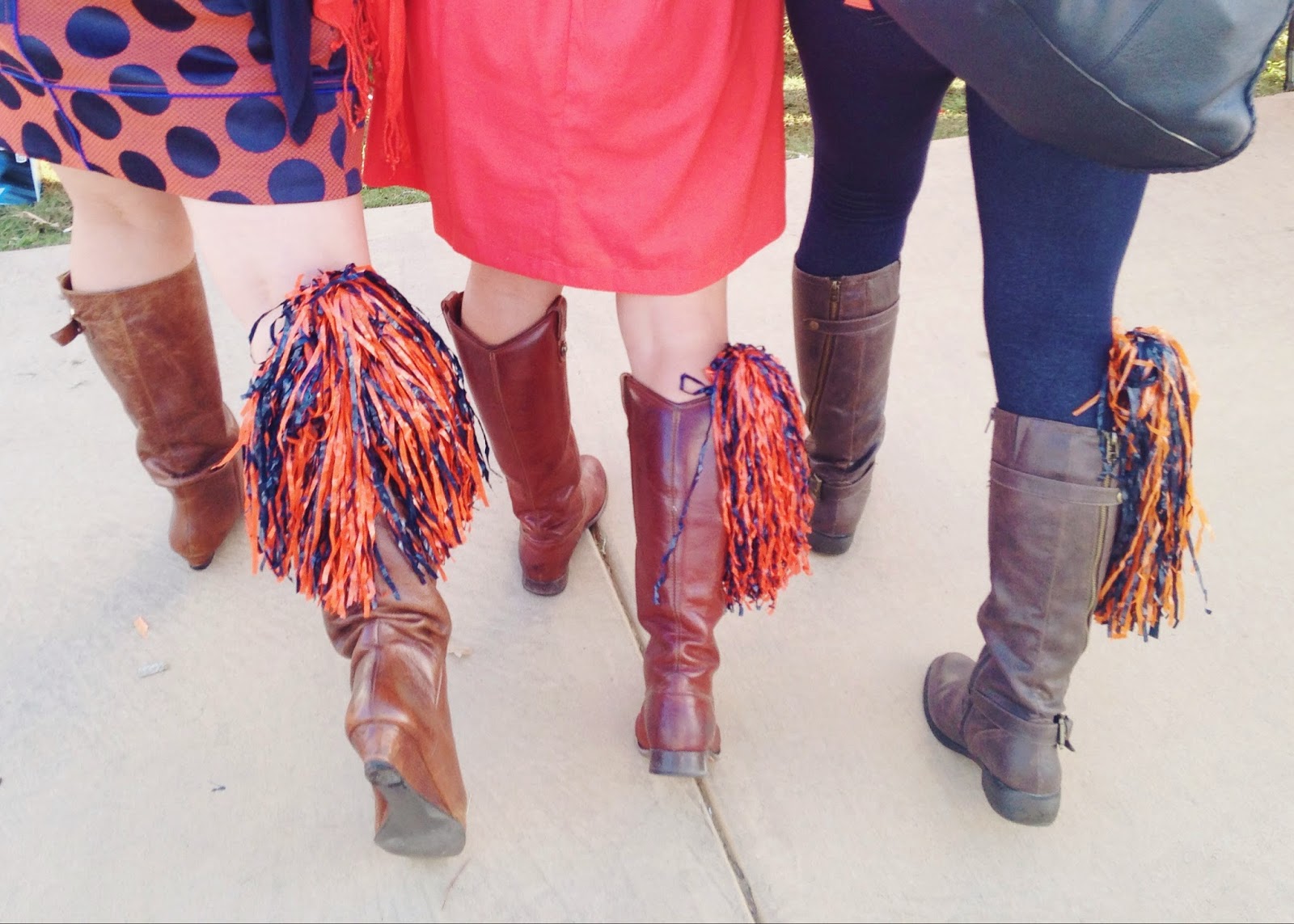 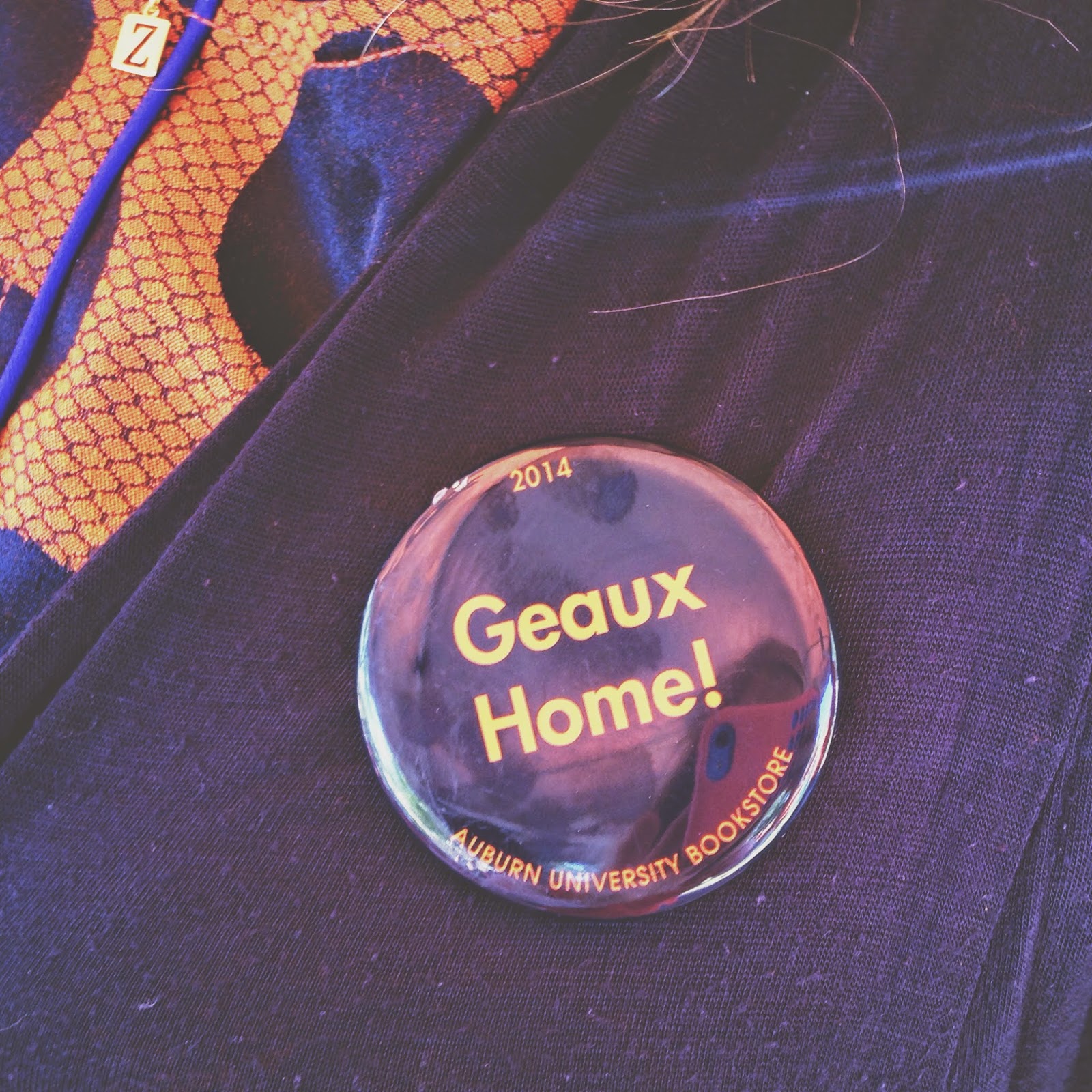 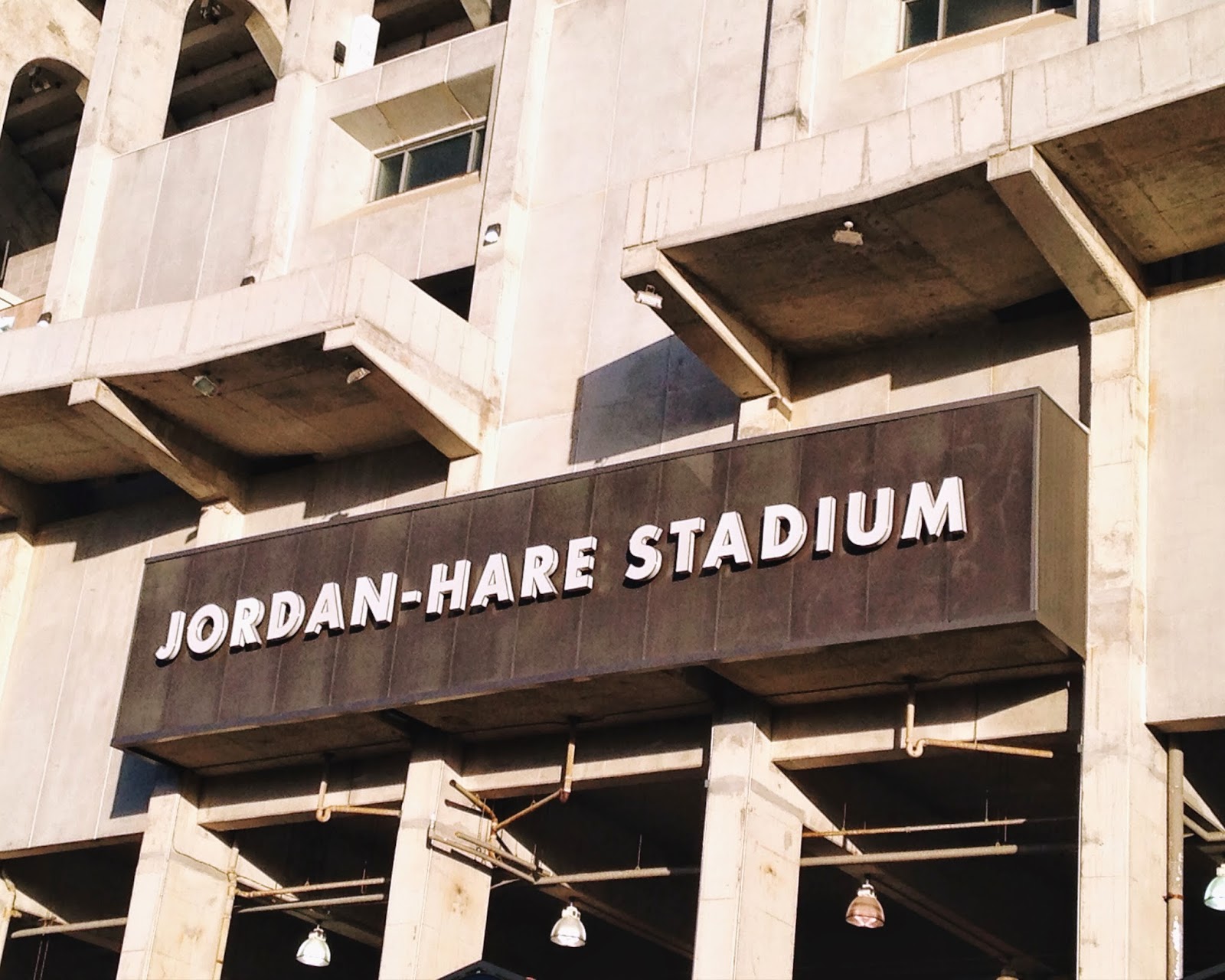 The game wasn't until 6pm, which was great because it gave us plenty of time to tailgate and enjoy each other's company.  Our tailgate was right next to the TigerWalk, which I've never been to either (I know, what was I doing my four years there?!? well...I was tailgating at the frat house and didn't want to leave to watch the players). We made it in the stadium, our seats were great, and the Tigers played AWESOME!! (like I said, I don't want to talk about how they played this Saturday!). 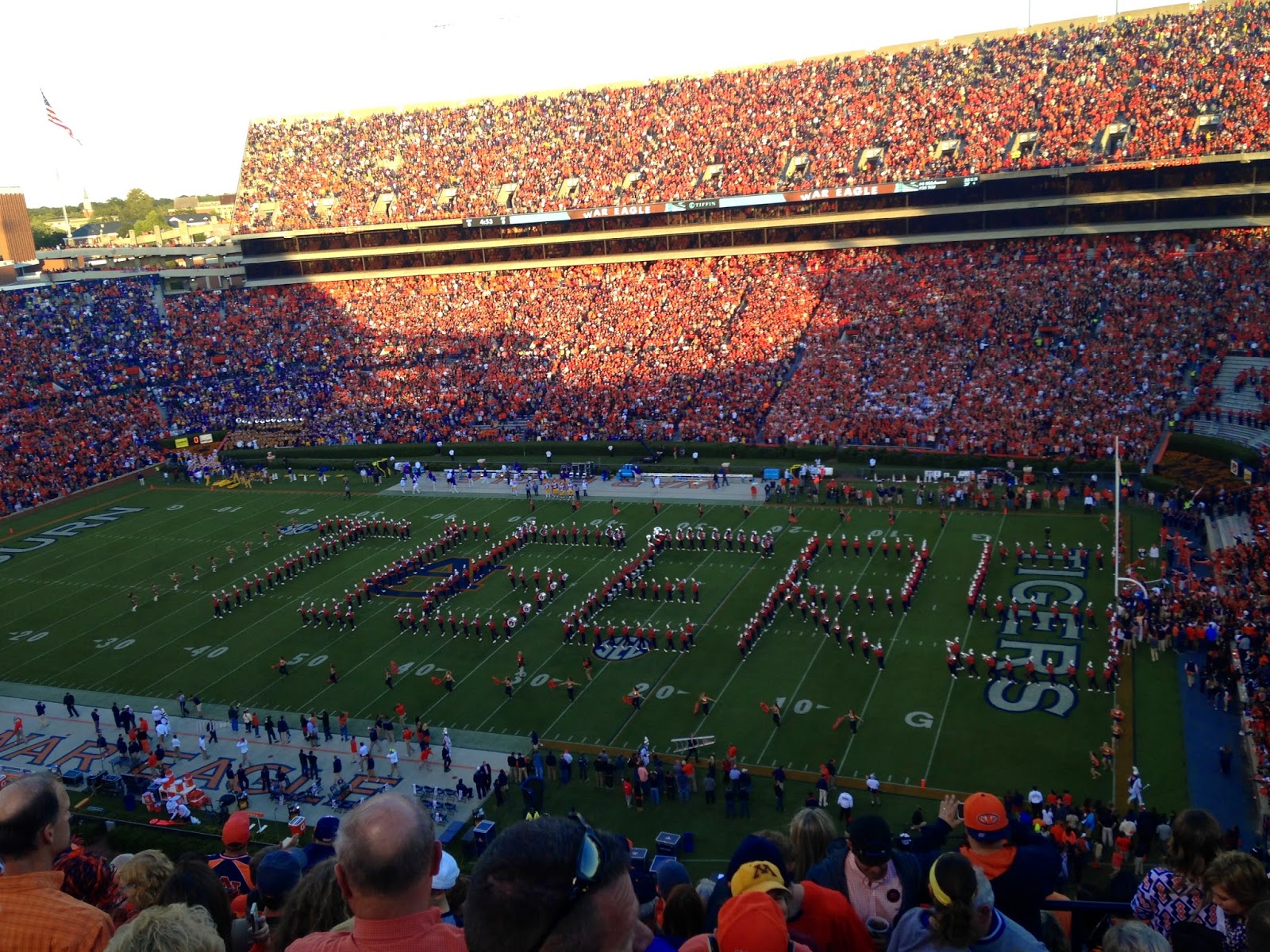 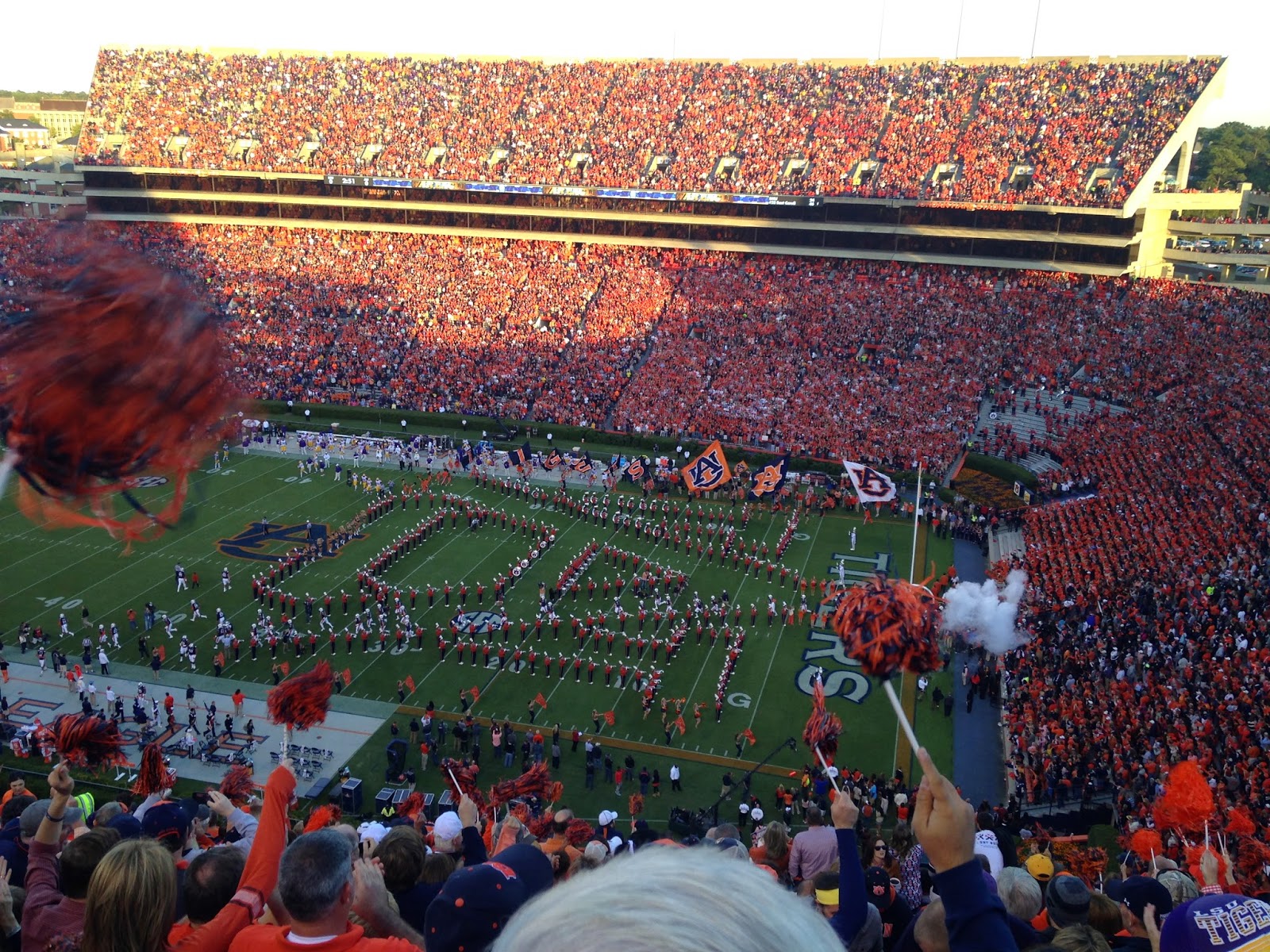 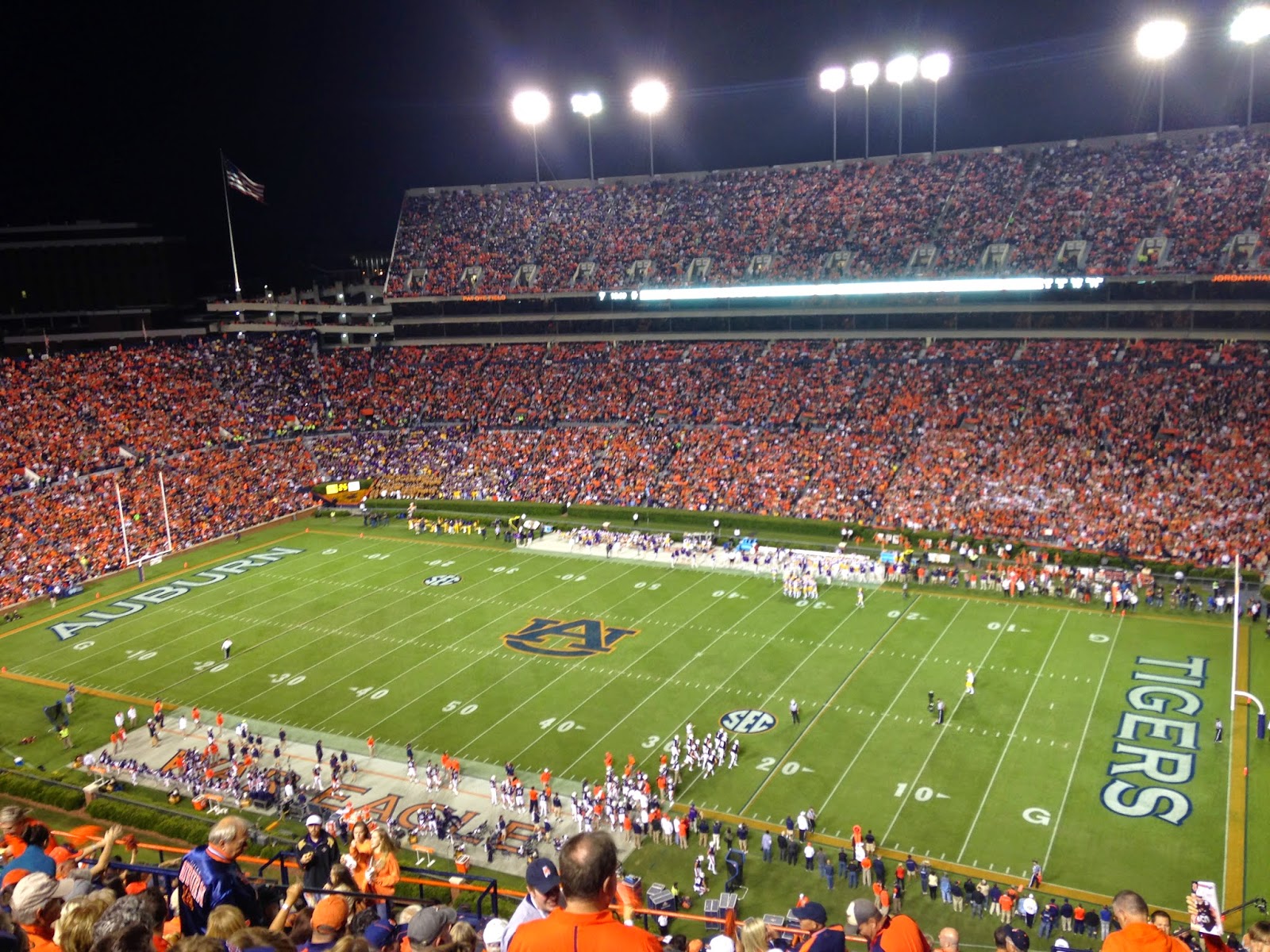 After the game, Josh, Rachel, Steven, and I made our way to roll Toomer's Corner (which I'm embarrassed to say that I never did while in college even though we went undefeated one of the years I was there and won big the other years that I was there).  We even got some Mama's Love sandwiches from Mama G's on our way back to the hotel.  It was a PERFECT weekend with a perfect outcome! 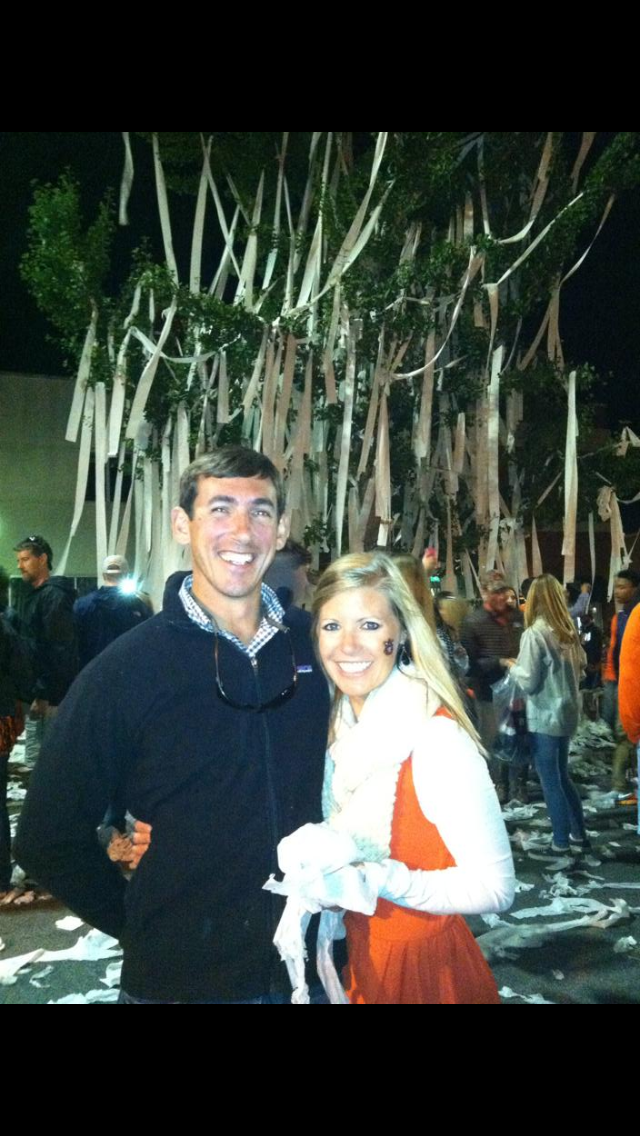 Posted by KariBeth and Josh Gentry at 9:35 PM