Zoo Boo at the Houston Zoo 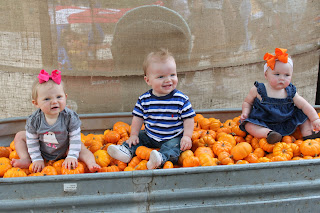 Yesterday, my friends, Kim and Ashley, and I took our babies to the Houston Zoo for a play date. We got there early, which was great because it was already pretty hot, and we got to see all of the animals out and about rather than napping inside like they do later in the day. We even got to see a couple of lion cubs playing which was really cute. There was a big pumpkin patch at the zoo with different areas set up for photo-ops and was perfect for us because we LOVE pictures of our little ones! We took several (...okay a TON) pictures, and each baby was allowed to take a pumpkin home with them. Of course, we had to pick the pumpkin out for them, but I think they had fun chewing on them once we did. We had a great time, and it was a beautiful day at the zoo! 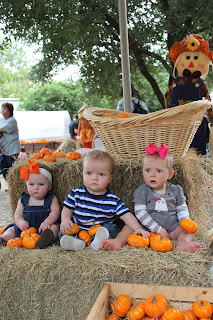 3 babies all looking in the same direction...only happens once in a blue moon! 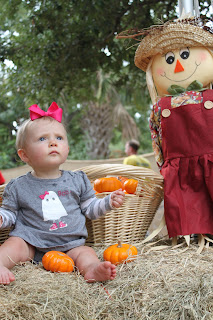 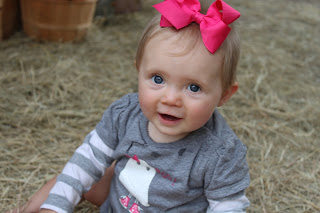 Having a blast playing in the straw 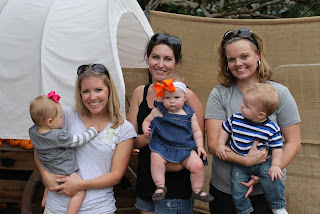 The girls with our babies
Lion cubs playing
Posted by KariBeth and Josh Gentry at 12:49 PM