On Thursday, August 8, we made our way down to Destin, Florida for my sister, Kimberly's bachelorette party weekend. My high school reunion happened to be on the following Saturday, so I was only to stay through Saturday morning, but it was a great time! One of Kimberly's best friend has a condo just four units down, so we were able to really spread out and use both condos. It was great that no one had to sleep on the floor or air mattress this time. 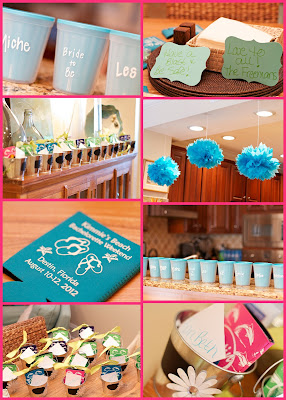 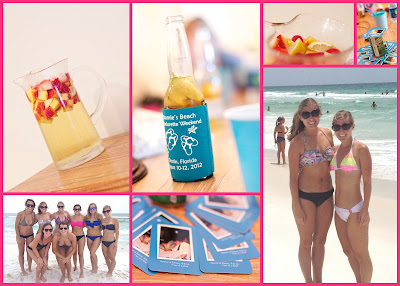 There were some bad storms that came through Atlanta right before we were supposed to drive down to Florida, so it was a little crazy getting down there. We got to the condo a little later than we originally intended, but we still made it before 11pm.  There were six girls that got in on Thursday night, so we just hung out on the porch for a while before all going to bed to rest up for the next day at the beach. 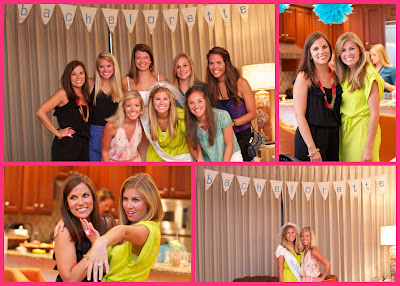 The weather on Friday morning was insane and rained a ton, so we decided to make a Publix run in the rain before the weather cleared up. Sure enough, the sun came out, and we spent a couple hours on the beach before the rain started again. We had fun playing some drinking games while waiting for the sun to come out again, and eventually we were able to enjoy a couple more hours out in the sand. I even got a little tan in the short amount of time we were out there! 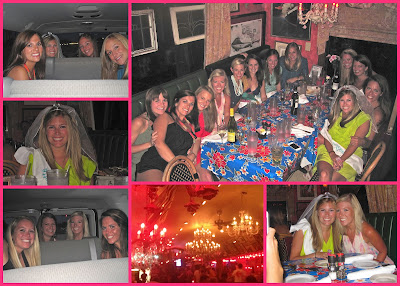 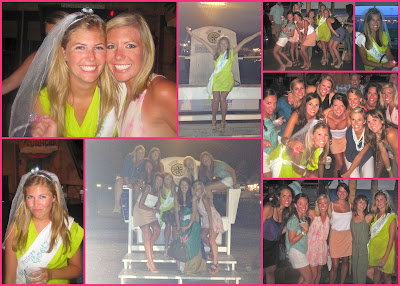 We came in from the beach and took our time getting ready for dinner. We hopped in our bus driven by Carol, who was so nice, to dinner at Louis Louis in Sandestin. It's owned by the same people as the Red Bar, and it was so good! After dinner, we had Carol take us to Baytowne Wharf to party at Rum Runners piano bar. It was so much fun, and I even met a some Auburn people that actually went to my rival high school in Alpharetta at the same time as me.  I had such a great time with all of Kimberly's friends, and we all had a good laugh watching Kimberly dancing on the stage to "Going to the Chapel." 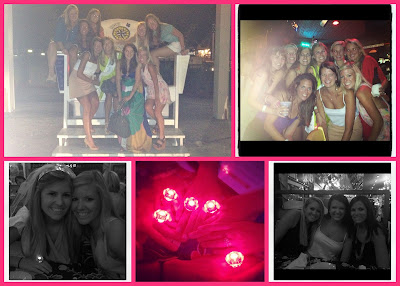 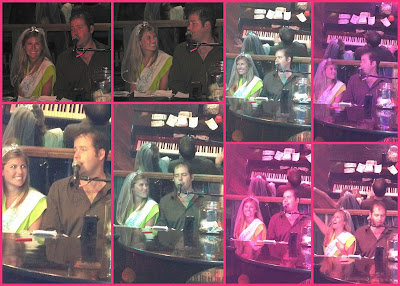 It was definitely a rough ride to the airport the next morning, but I'm so glad that I got a chance to celebrate with Kimberly for at least part of her bachelorette weekend! I can't believe that her wedding is only three weeks away!
Posted by KariBeth and Josh Gentry at 9:07 PM