The Junior League of Galveston County put on a 5K/10K run in late March.  It was our first annual Flashback 5K/10K, and it was super successful at raising money for our league to help fund our various projects around the community.

I signed up to participate in the 5K run, which probably was a mistake given that I hadn't run a 5K since before Lila was born.  I finished in 47 minutes, which was actually dead middle :), and I'll take it! I couldn't walk for a few days afterwards as well.  The girls and Josh did the kids 1K run, and Lila ran her little heart out because Josh told her that there were snow cones at the end of the race.

It was such a great event, and we all had a blast! 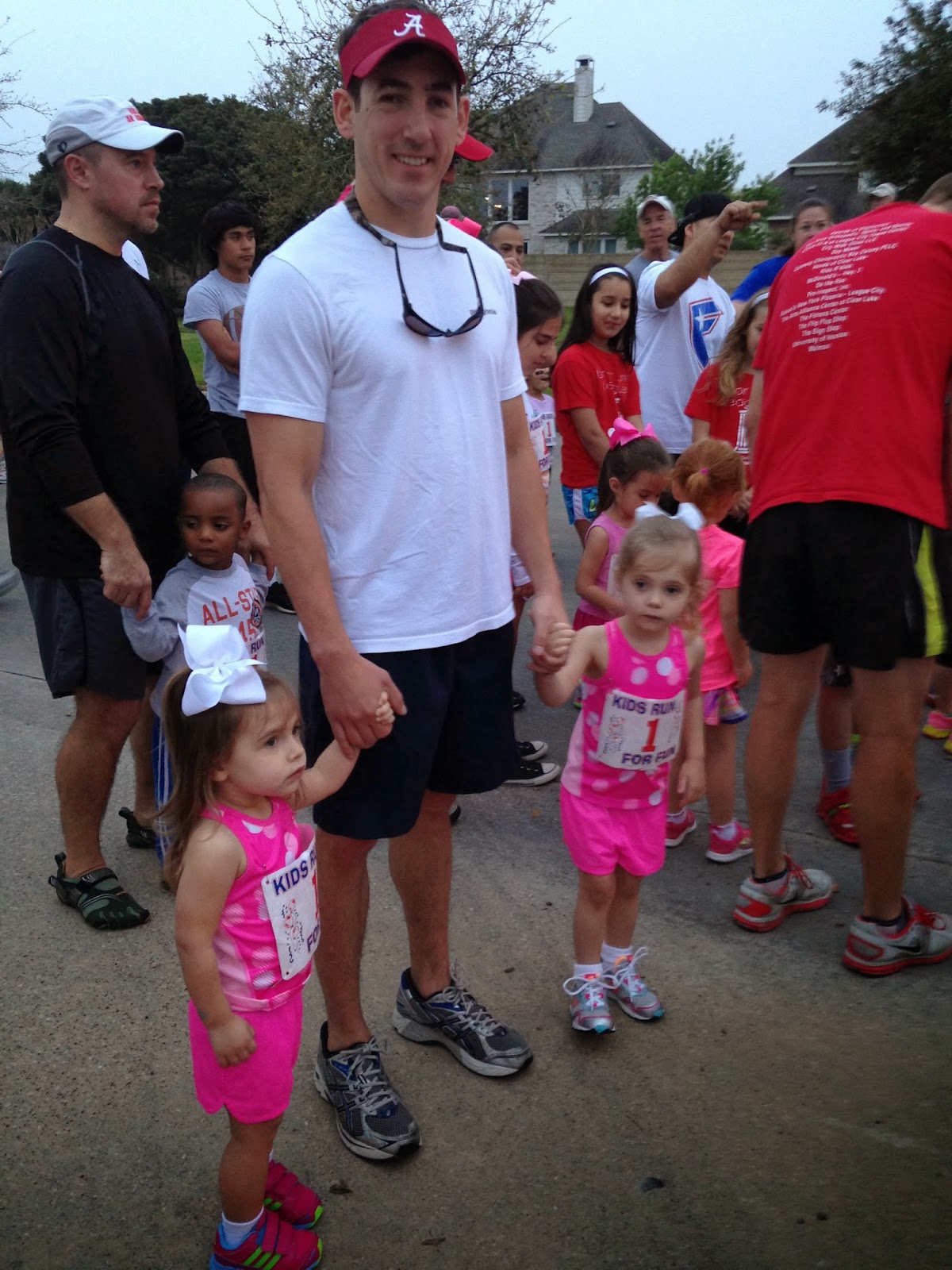 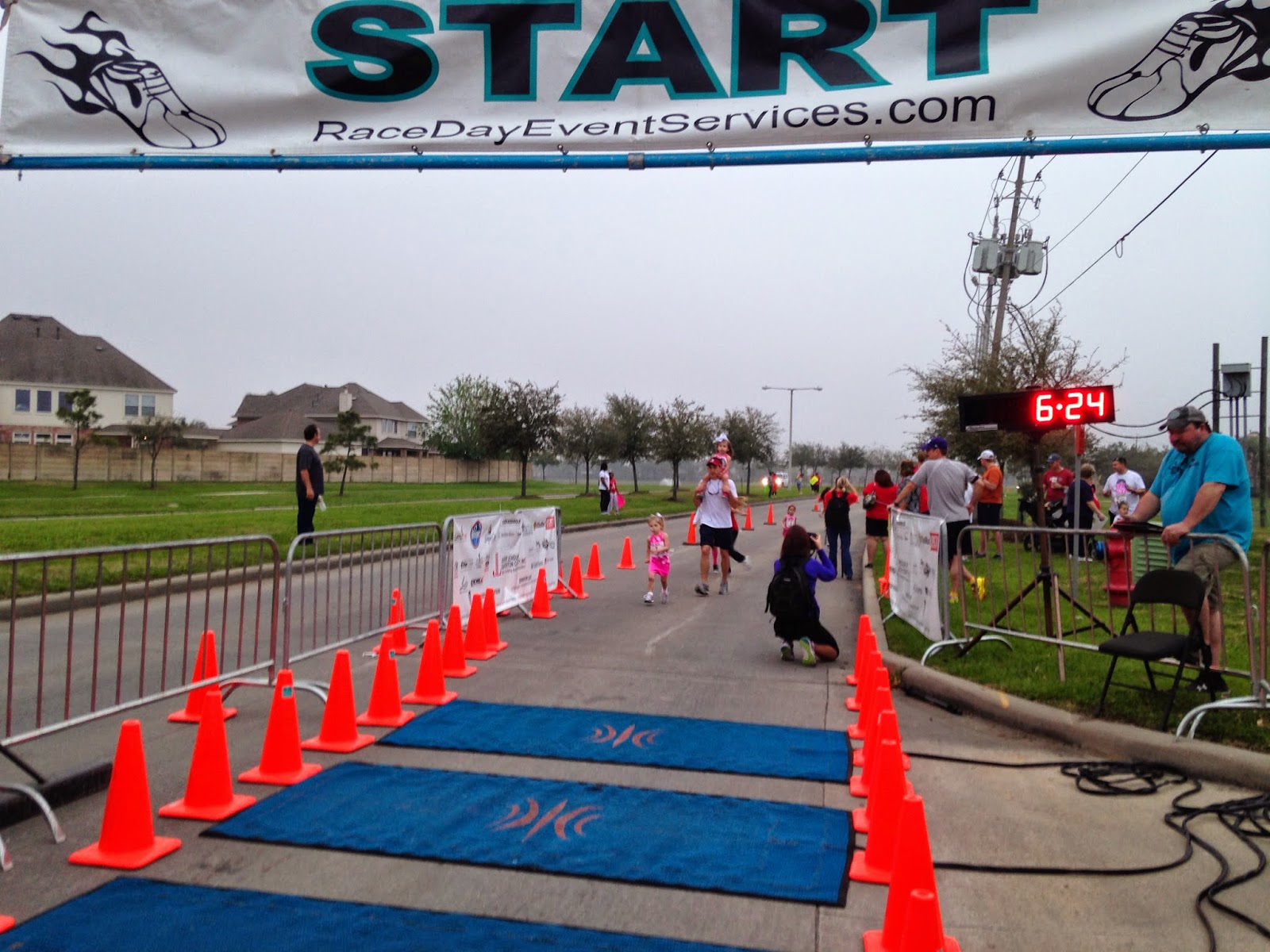 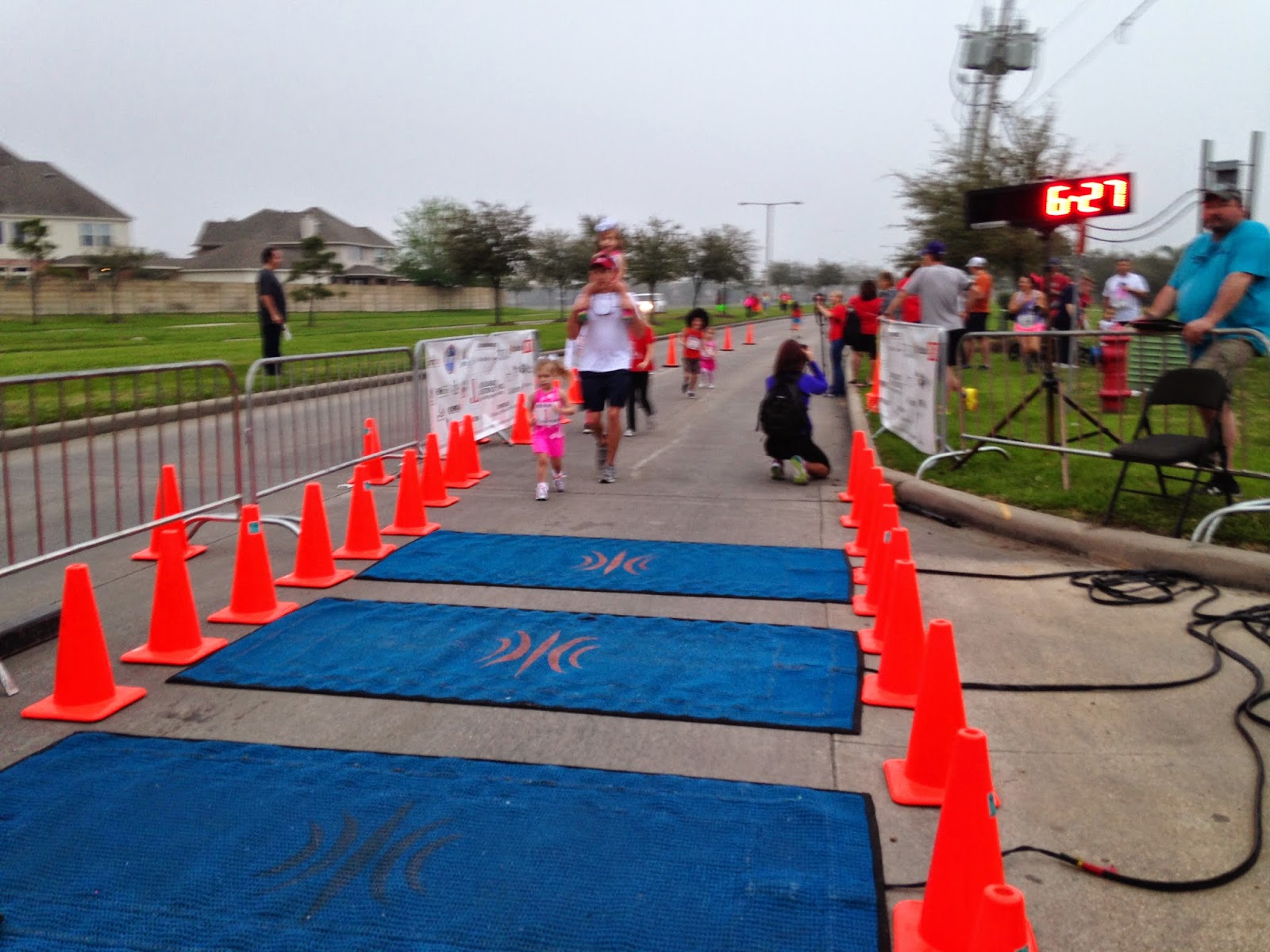 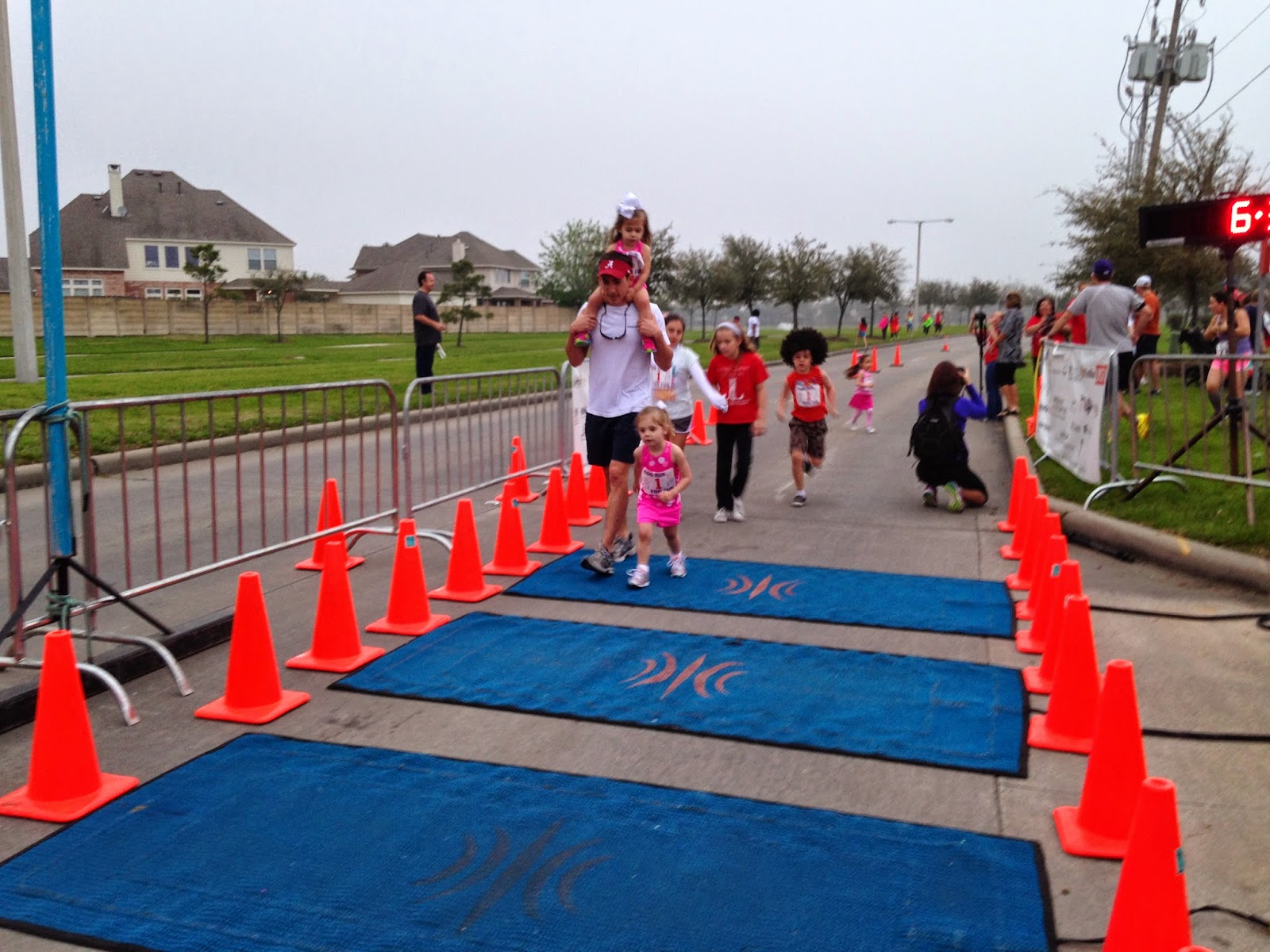 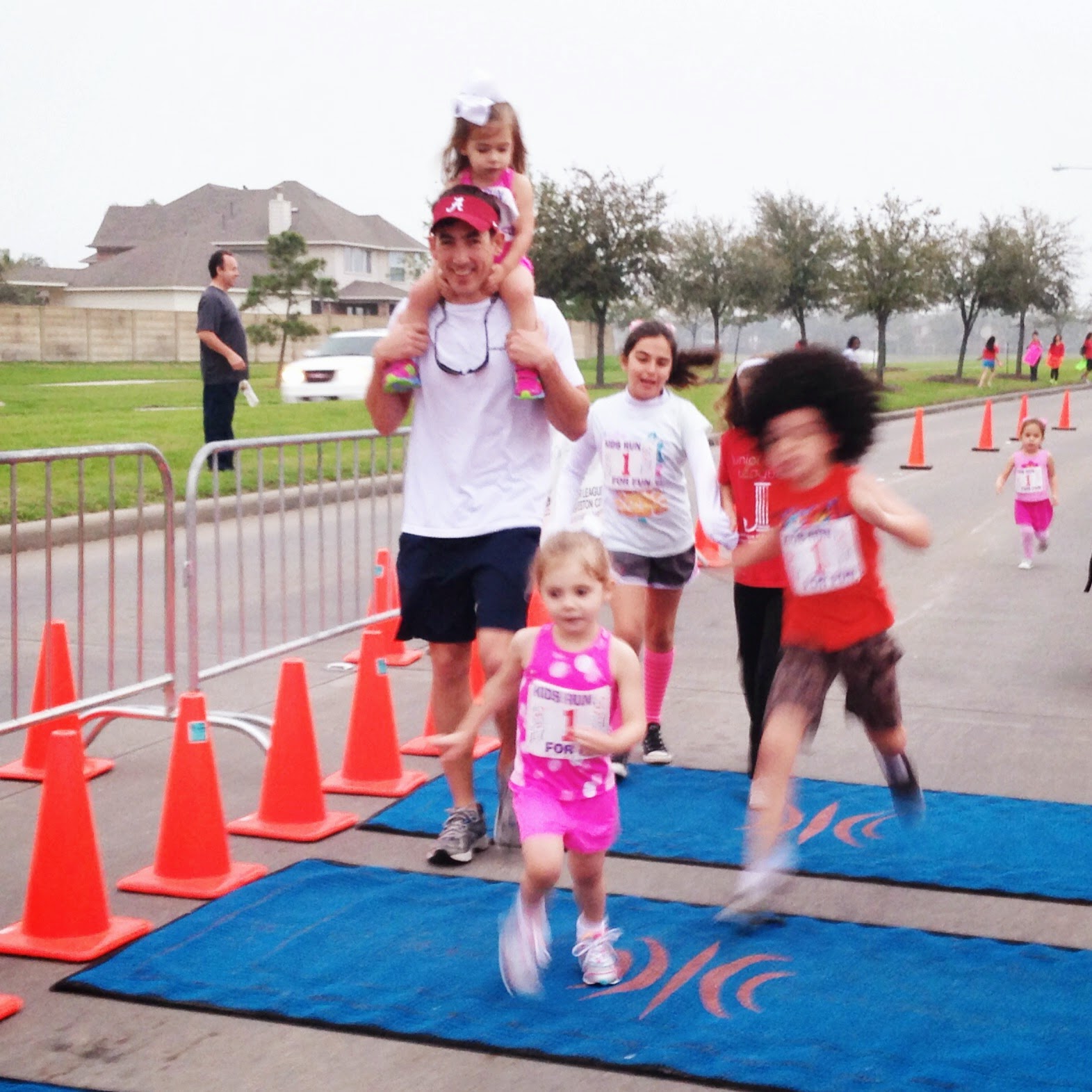 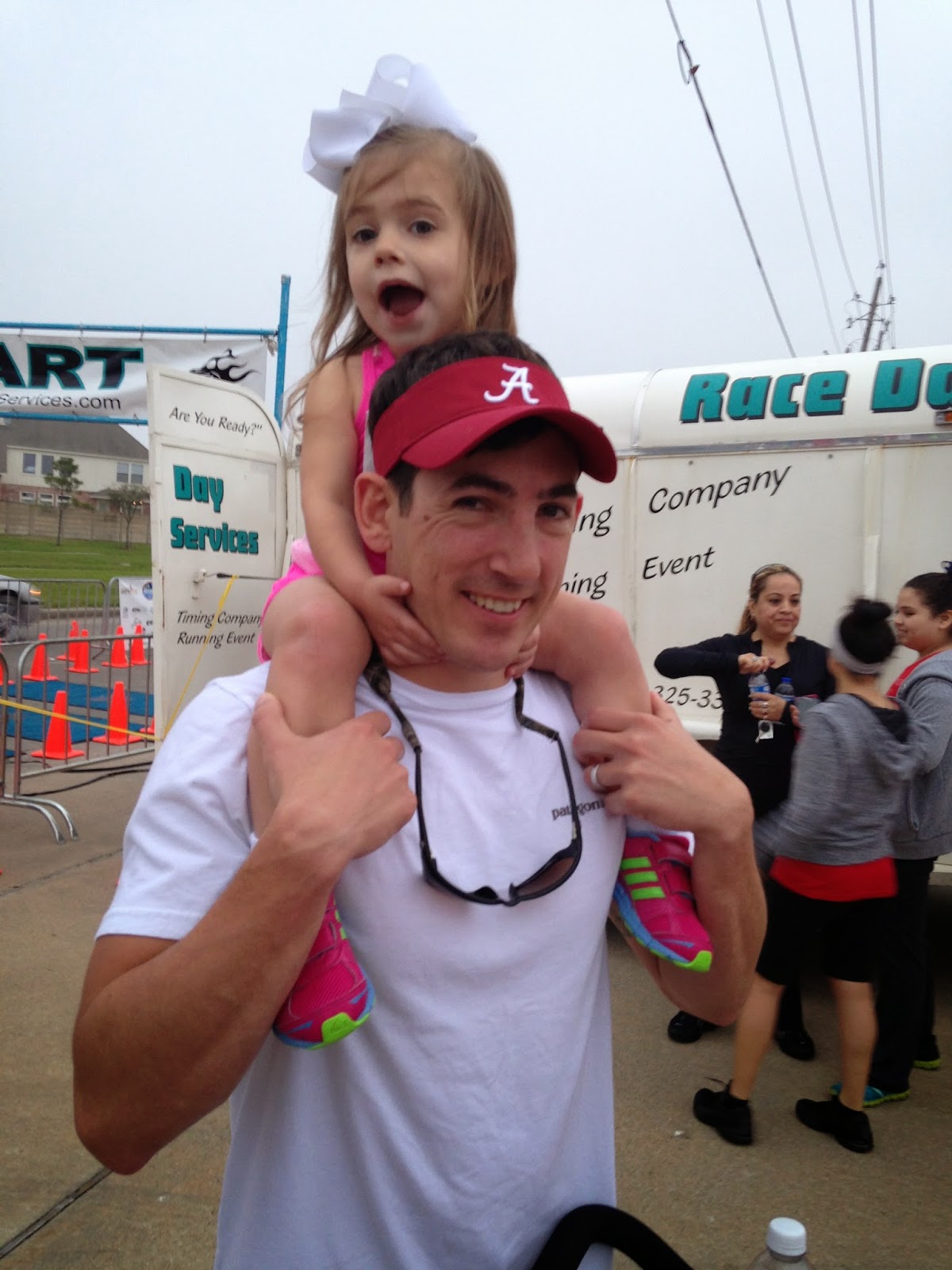 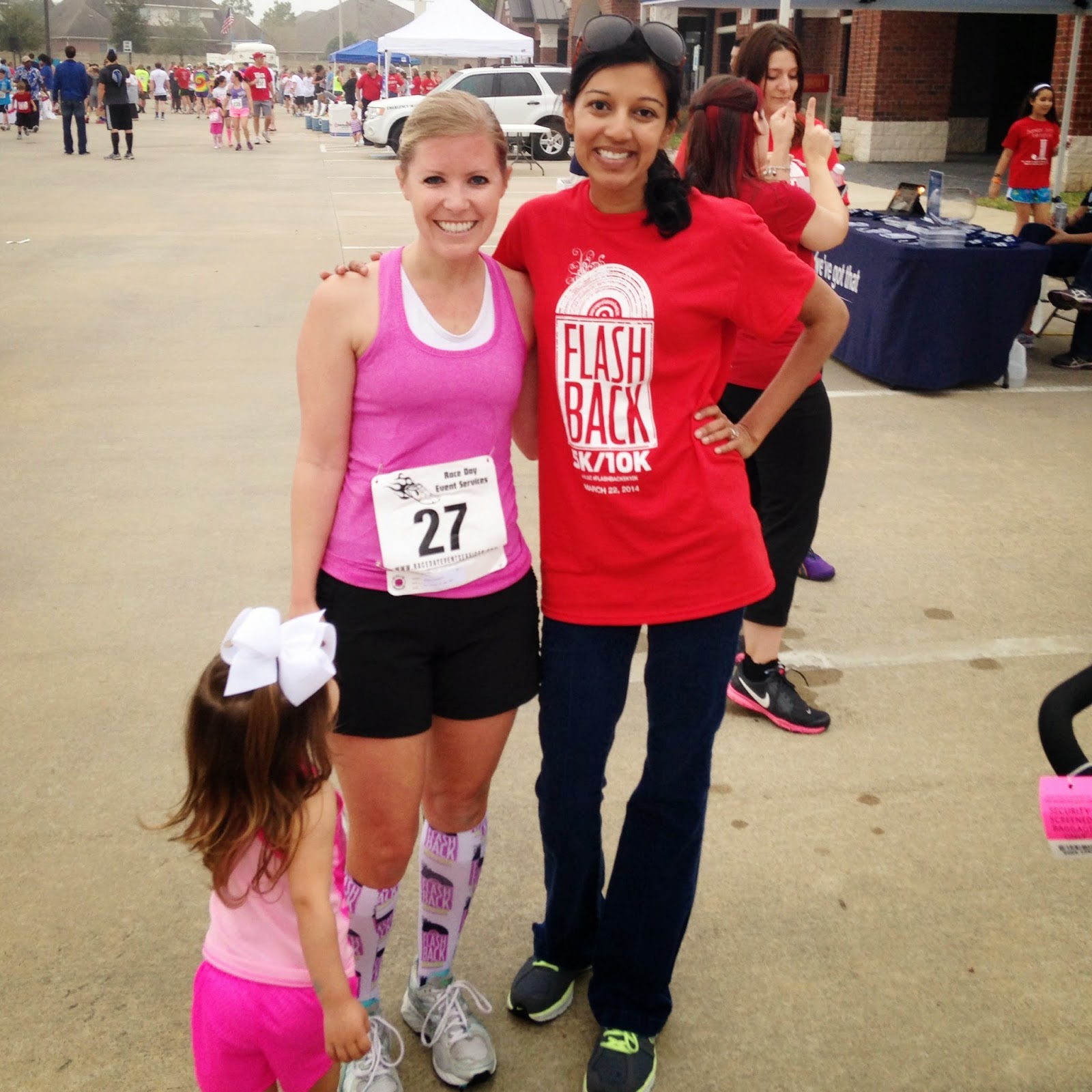 Posted by KariBeth and Josh Gentry at 9:54 PM