Christmas Day 2010 and the snowy aftermath 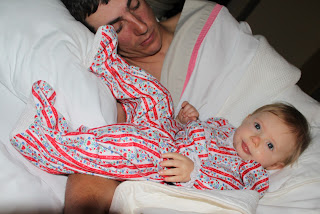 ready to see what Santa brought 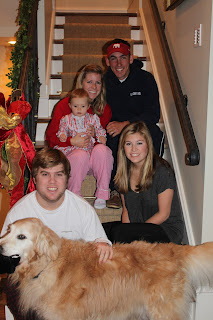 Christmas Day started off with Lila waking up at around 8:15ish am, which is normal for her. I went and got her out of the crib and plopped her down on our bed to wake up Josh who was still half asleep. She played and played in our bed for a good 30 minutes before acting hungry, so I went and made her a bottle before we went downstairs to see what Santa had brought for everyone. My sister and brother woke up a little after 9am and we all gathered on the stairs for our traditional (ugly) morning picture before checking out our Christmas presents. It was so much fun to watch Lila immediately go to her baby doll that was poking out of her stocking, and she didn't let go of it the entire time she was exploring the rest of her things. This year was so special for us to be able to see Christmas through a child's eyes. Even though she is still little, she was really into all of her presents and was excited each time she saw something new for herself. After we watched Lila explore her things for a while, we decided that it was time for us to check out what we got! Santa was SOOO good to us this year!!! My favorite things were a Macbook Pro as well as a new zoom camera lens that takes the most beautiful pictures! Oh, and of course a trip to the National Championship in Arizona in a couple of weeks :) WAR EAGLE! 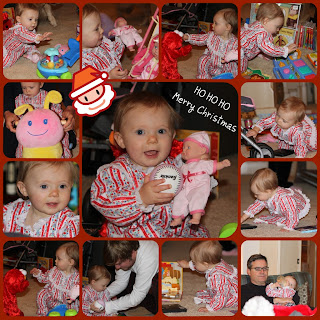 After we saw our Santa gifts, we headed back upstairs to get ready for the Vansant side (my mom's family) to come over and celebrate Christmas with us at our house. We had a delicious brunch with all of our cousins, aunts, uncles, and both sets of grandparents while we watched the snow begin to fall. It was the first white Christmas Atlanta has seen in over 100 years, which made Lila's first Christmas even that much more memorable!! After brunch, we drove out to Josh's parent's house to have Christmas with them, his cousins, aunts, and grandmother. It was such a nice time, but we had to cut our visit short due to the snow that was slowly beginning to cover the roads! 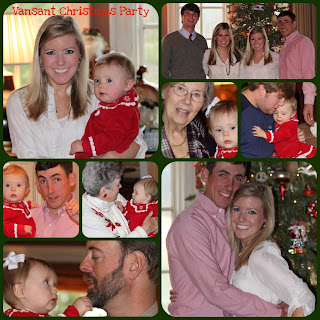 When we got back to my parent's house, we kept watching the snow fall, and Lila was really studying it hard trying to figure out what in the world it was! I took lots of pictures, since I haven't seen snow in almost 3 years!! Everything looked so gorgeous the next morning, and I took more pictures of course. I even plopped Lila down in the snow after she finally woke up. Poor thing was so worn out from going non-stop for three days straight! She didn't know what to think about all of the snow, and felt a little cold, but it was so much fun for me to see her explore it. Our whole family went on a long walk on the golf cart path to look at the snow after lunch, which was so pretty! That night, some of my high school girl friends got together for our annual Christmas dinner, and it was so much fun catching up with everyone! Josh got to meet up with some of his college and our high school friends as well. We had such a great Christmas weekend in Atlanta, and we have yet to fully unpack! 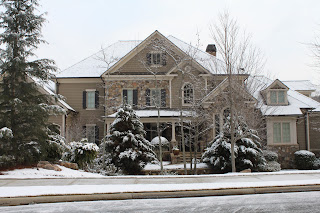 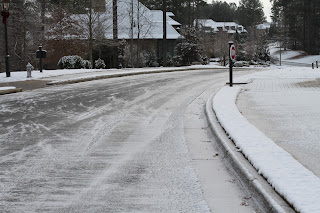 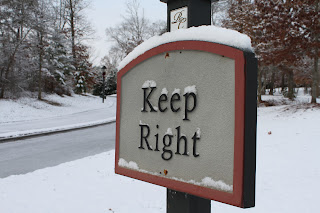 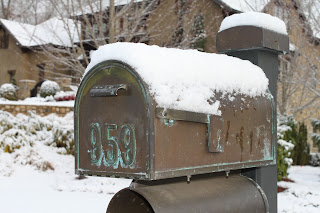 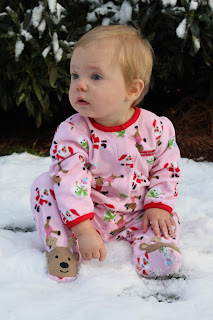 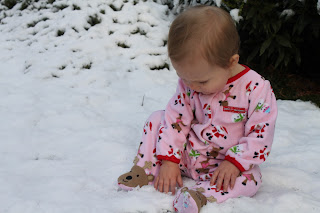 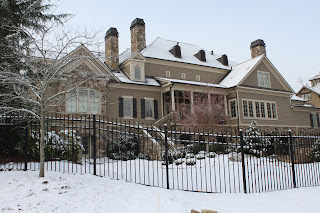 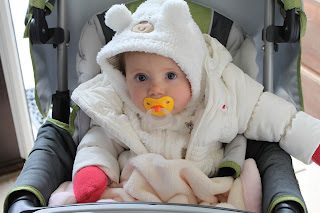 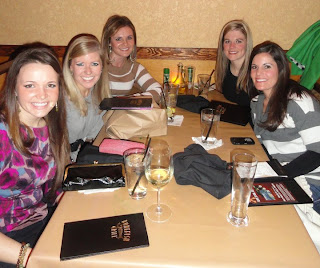 Next travel stop: GLENDALE, ARIZONA to watch my TIGERS play!!!
Posted by KariBeth and Josh Gentry at 11:54 AM