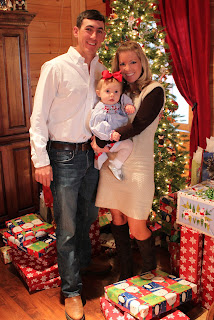 On Christmas Eve Eve, we got together out at Josh's parent's house in Monroe, Georgia. Our flight was crazy that afternoon as it had taken off on-time, flown for about 20 minutes before it had to return back to Houston due to a pressure problem in the cabin, and finally took off again for Atlanta about two hours after it took off the first time. So, needless to say, we were a little tired! We ended up getting out there around 8ish, just in time for the babies to play together for about thirty minutes before they were hauled off to bed, and the adults could keep visiting. It was the first time Josh had seen his brother and sister for a really long time, so it was really special for him to have a celebration with his family before the Christmas festivities began. The next morning, we got the babies together for a photo shoot, which is getting quite difficult the more mobile they get! 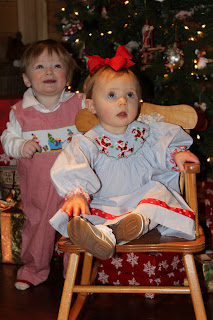 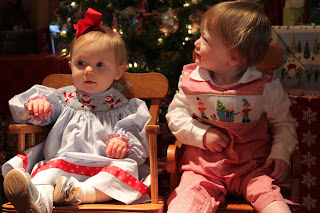 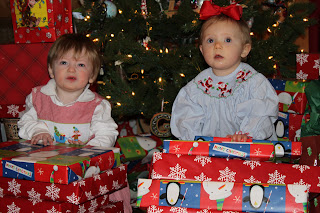 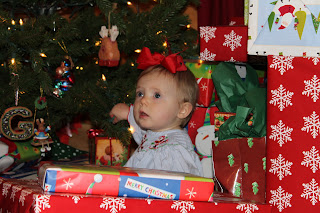 Posted by KariBeth and Josh Gentry at 12:14 PM