It's GREAT to be an AUBURN TIGER!!!

I really cannot even begin to describe the atmosphere or feeling of this game and do it justice, but I will try. But first, I must start from the beginning...

The company who we went with, Global Sports, had a delicious lunch set up for us (all of the families in our group) in the lobby of our hotel. After lunch, they had a van that took us all right to the front parking lot of the stadium so that we could tailgate or walk around before the game. We met up with Ralson, my sister's boyfriend, and hung out with some of his friends for a while before we made our way to the gate. The sea of orange and blue was like nothing I'd ever seen before, this was partly due the line back up caused by the tight security. Jordan-Hare stadium knows how to get their folks in pretty quickly. Anyhow, we made it in with about two hours before kick-off. We thought we'd be one of the few to get in the stadium so early, but there were a TON of people wanting to get in early as well, and I don't blame them! This stadium was really neat, and someone said that it seated roughly 70,000, so a little more intimate than Jordan-Hare. Surprisingly, we didn't run into too many Oregon fans the day of the game as Auburn fans outnumbered them at least 3:1. I had over heard someone say that Oregon gave the Fiesta bowl back 2,000 tickets because they couldn't sell them! WHAT?!?!? They are just not that into football over there I guess! 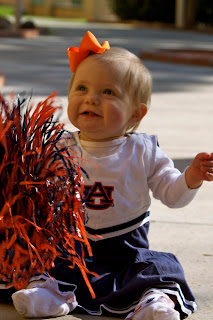 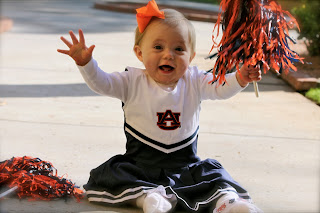 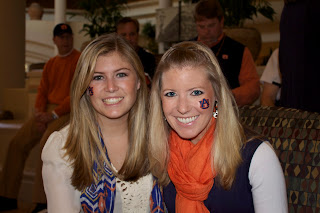 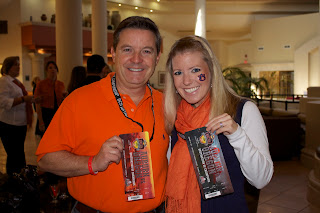 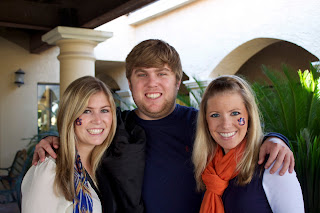 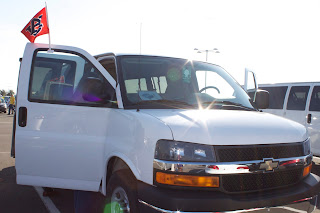 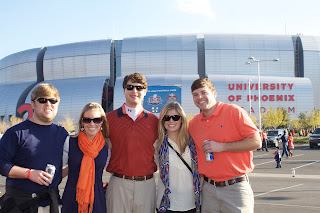 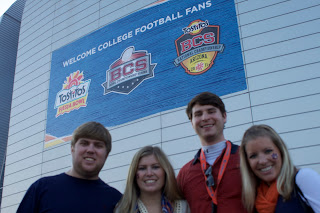 My sister, brother, and Ralson were sitting in the upper decks, so we had to say goodbye before finding our box suite. Mr. Gorrie, from Brasfield and Gorrie, invited us to join him in his box, so we were really excited to have such a nice place to watch the game.  The food was incredible, the people watching the game with us were so nice, and the sheer volume of the crowd in the stadium was something that I'll never forget. Like I said before, the Auburn fans outnumbered the Oregon fans by at least 3:1, so the Auburn cheers were really loud, but those Oregon fans that were there were surprisingly loud, especially during all of those trick plays their football team did. 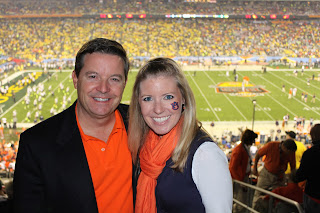 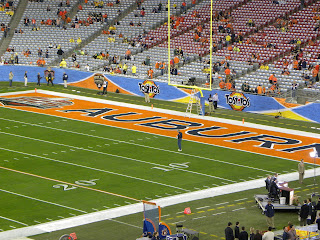 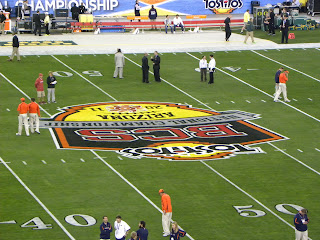 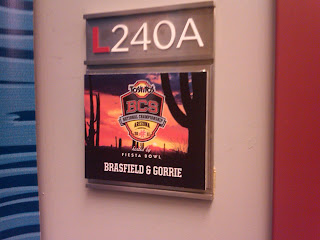 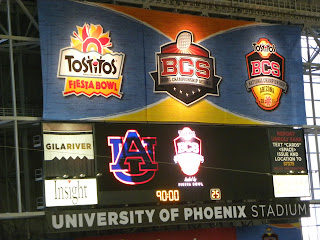 The game was a nail-biter, and everyone around us was out-of-their-minds nervous the entire game. Oregon is a GOOD football team!!! But, of course, Auburn came out victorious! Pat Dye, former Auburn football coach, even stopped by our box to watch the second half of the game with us. It was so special to meet him, and to sit by him! I mean, our field in Auburn is named after him! 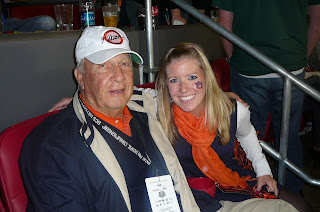 After our "touchdown" was called back at the end (which was a good call), I knew that the field goal would win it for us, so I filmed it, and thank goodness I did! It's so fun to watch the excitement of the win over and over and over! We have been on a two-day high now, and I'm so proud to be an Auburn Tiger! 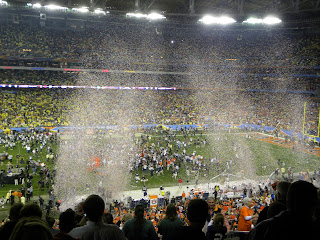 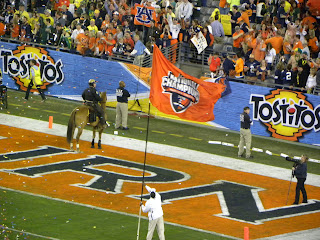 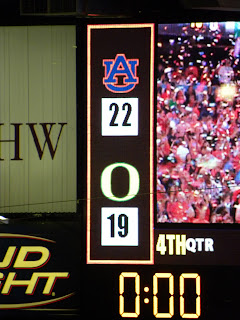 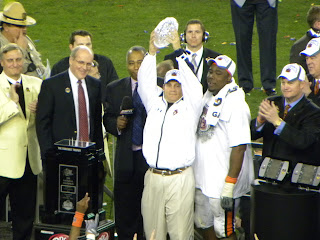 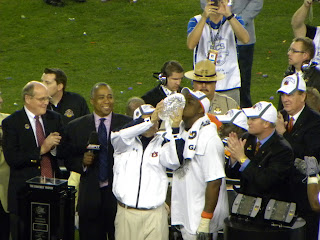 I believe in Auburn and LOVE it!
Posted by KariBeth and Josh Gentry at 10:04 AM