WOW oh wow, I am so behind on blog posts!!! Two days after Halloween, Lila, Alli, and I flew to Atlanta (and we're still here). So, there are many more posts to come...including Lila's 21 month old post. But, first comes first:

I'm in a MOMs Club here in League City, which is wonderful! They have such a fun Halloween party for the kids each year and this year Lila was about to even enjoy some of the games and such. They had tons of great food and treats as well as a pumpkin rolling race and mummy wrapping contest. Lila had so much fun tearing off the toilet paper that Josh would wrap her in for the contest and watching him have to wrap her all over again. She finally grabbed the roll and started wrapping herself after the contest was over. She and Alli dressed as jack-o-lanterns and were so adorable :) 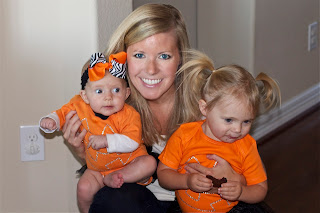 having fun at the party 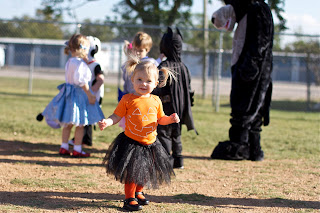 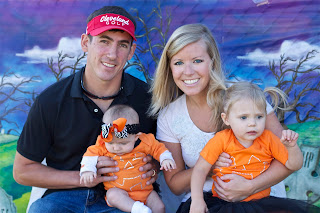 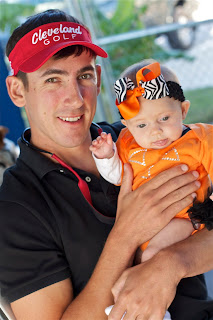 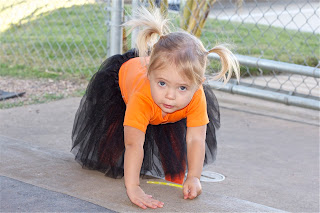 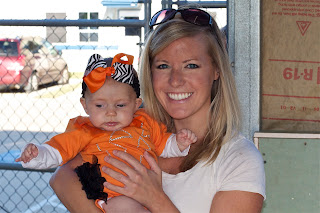 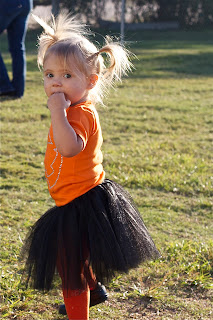 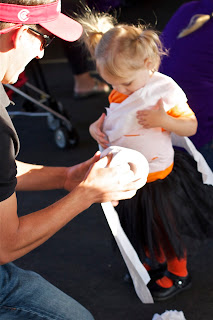 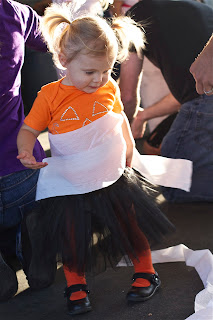 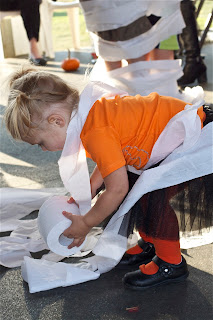 Posted by KariBeth and Josh Gentry at 4:47 PM