It's the BLUE flavor! 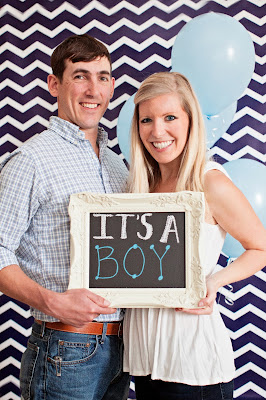 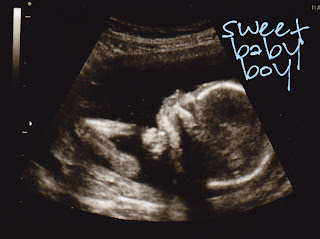 Well, we got the surprise of our lives when we went in for our gender determination ultrasound at Baby Love Ultrasound yesterday afternoon and saw parts that we didn't expect to see! We were completely convinced that this little nugget was going to be a girl because we have two girls already and the fact that the ultrasound tech seemed pretty sure that our 'he' was a 'she' during my 12-week scan. However, it only took Amy about 5 seconds to prove us wrong.

She said "it's a boy" so fast that I thought that she was just joking around with us, so of course, all I could say was "no way, you're joking, right?!?".  She said "no, I promise, look!". Sure enough, there were the boy parts all out there.  The "potty shot" definitely looked much different from both of the girls'.  There were no three lines, but instead there was this huge mass in between the legs that I had never seen before.

Little boy was so cute during the short scan. He had his little fist under his chin like he was posing for a picture (he's getting used to it already!). We are over the moon excited to have a little boy (and I still can't get used to calling it a "he"). I think Lila is the most excited of all of us as she has said it was a boy from the beginning. After we told her the news last night, she said, "oh boy!".  She then got mad at us because we weren't taking her to see baby brother (we've got to work on how that all works with her, I guess). 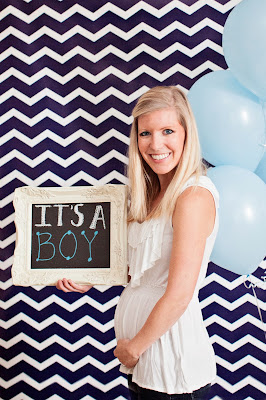 We can't wait to meet our sweet little Grant Joshua in 5 short months!

Here's some pictures of our little guy (most of the pictures are of his...um...you know) hehe 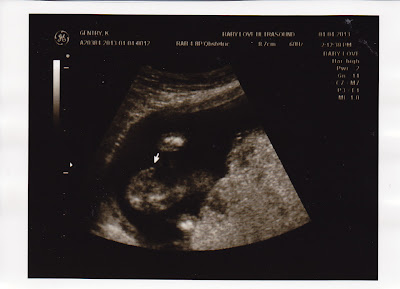 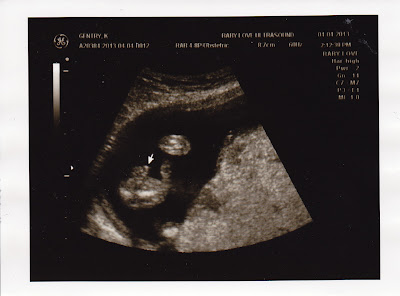 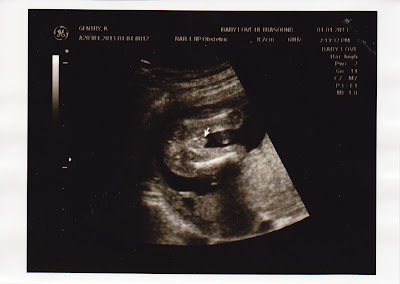 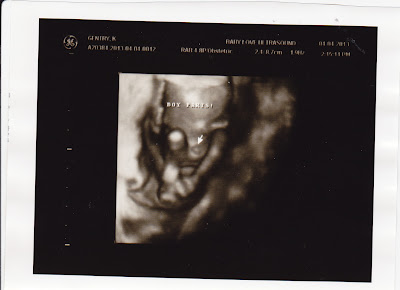 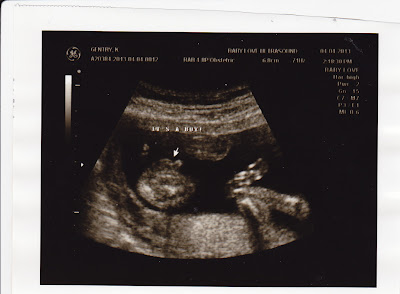 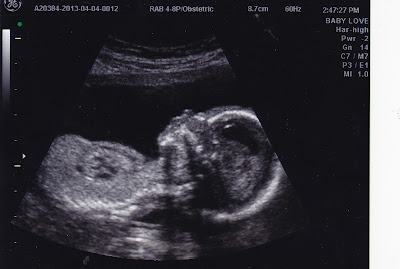 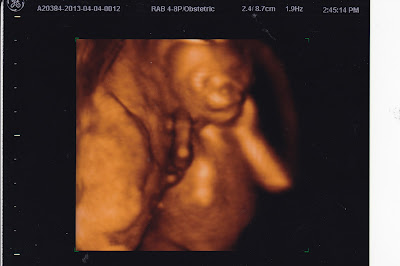 Posted by KariBeth and Josh Gentry at 8:33 AM