On my birthday (and the day before we left town for 10 days), the nurse from Dr. Klein's office called to let me know that my blood work and my NT scan was normal.  The nurse also mentioned that they had spotted a choroid plexus cyst on the baby's brain and wanted to schedule me a level II ultrasound with a Maternal Fetal Medicine doctor to make sure that everything was normal and healthy.  These cysts are very common and can be a part of normal brain development; however, they can also be soft markers for Trisomy 18 and sometimes Down Syndrome. Since my other tests came back normal, they weren't worried about it and told me not to lose sleep over it. I was really nervous until I researched a bit and found out just how common these are and how 90% of them go away before the third trimester.

I had the scan yesterday, and it was really pretty neat. Because it was a very in-depth scan, they took long looks at each part of the body, especially the heart and the brain.  They were able to spot bones that would not have been present if the baby had Down Syndrome.  The doctor also looked in detail at the heart and blood flow all around the fetus, and was able to see that there are no holes in the heart which is the most common heart defect in babies. She examined the brain and was able to see that there are no cysts present, which means that the cyst that was there previously has gone away. I didn't suspect there to be anything wrong, but it was reassuring to see him growing healthy and right on track.
They gave me a cd with about 50 pictures of every organ and bone in his body, but I'll only share the cute profile shots. 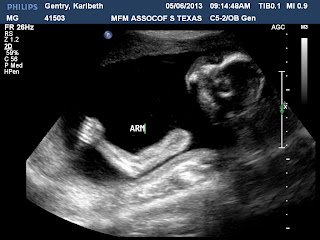 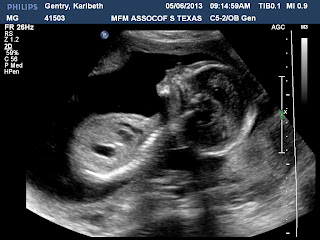 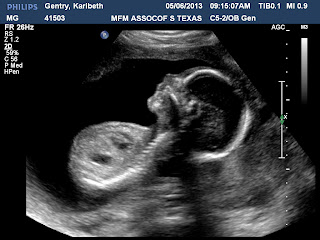 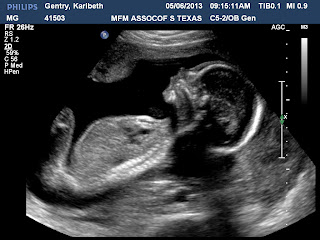 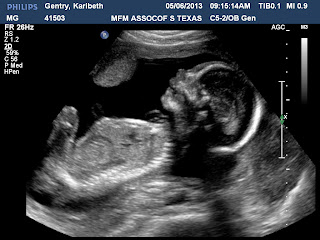 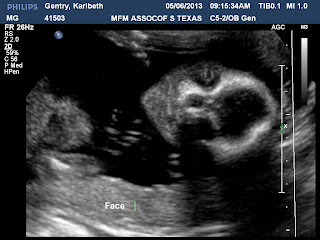 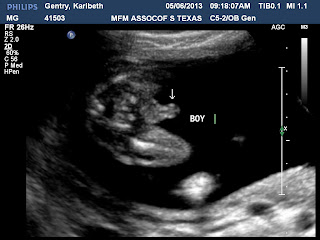 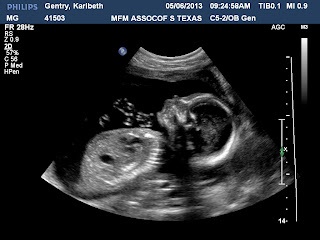 Posted by KariBeth and Josh Gentry at 12:27 PM