We took a little break from the sun yesterday and met up with Josh's family at The Track. The Track has go-carts, games, and rides for adults and also a section for the kids called Kids Kountry. We went around noon, so we had the place completely to ourselves! It was so nice to pick whichever ride that we (Coleman and Lila) wanted to go on and not have to wait in a line. They rode each ride that was there plus the train twice. They went on most of the rides by themselves, which got a little scary on the airplanes when they started ascending really high. But, they survived and had such a great time! 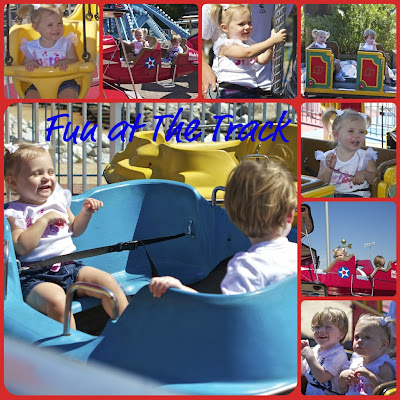 That evening, we took some pictures on the beach at sunset which turned out beautifully. Some of the pictures turned out blurry, so we're going to take some more today (which Josh is super excited about)! My dad and sister got into town right before we left to meet up with Josh's family at Harry T's, so we ended up having a huge party at the restaurant. Thankfully, there were lots of hands to help with the kids, because Lila and Coleman were more interested in seeing the sights around the restaurant than sitting still (which is to be expected at this age!). Dinner was delicious, and it's always fun to visit with one another and watch the babies run around together (although they aren't much babies anymore!). 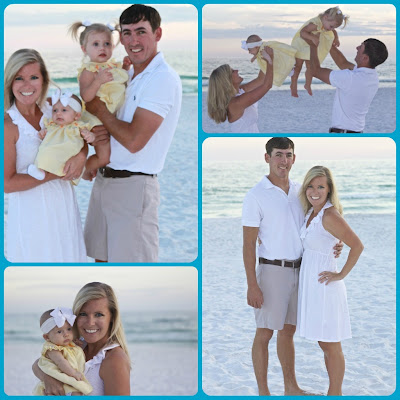 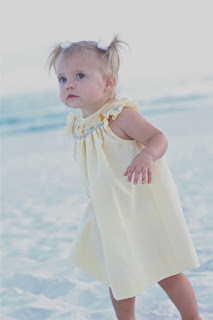 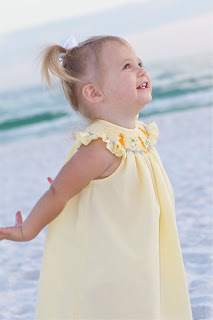 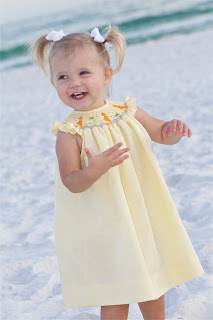 Grammy and her grand daughters 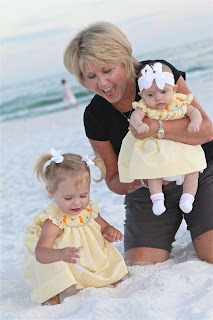 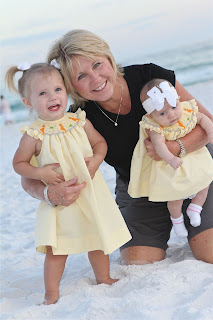 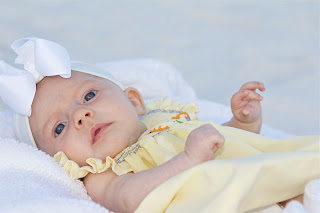 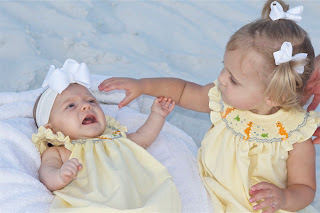 Posted by KariBeth and Josh Gentry at 10:20 AM