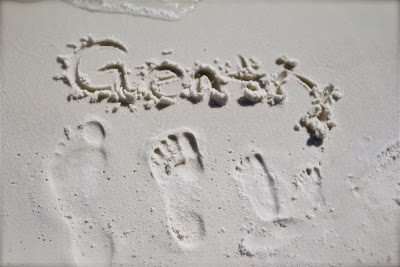 Yesterday, Josh's family visited with us on the beach. We had such a great time being together, and Lila had a fun time playing with her cousin, Coleman, aunt Melissa and uncle Ryan, and Mamu and Big Pop.  They got to meet Alli for the first time also, and she loves them already. Lila and Coleman were troupers on the beach and played until well past their nap times. 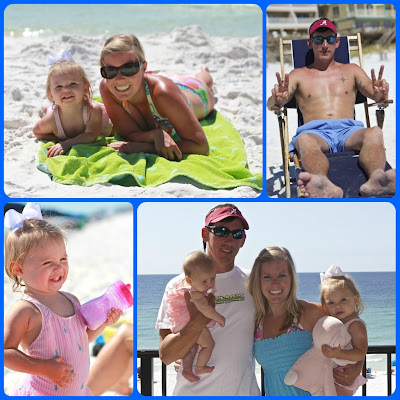 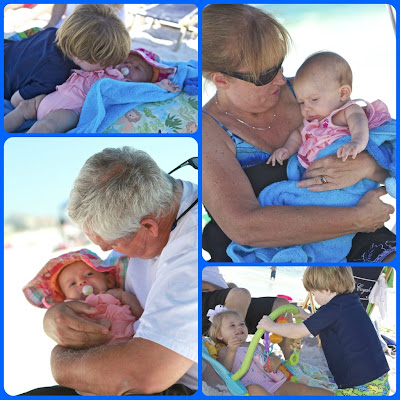 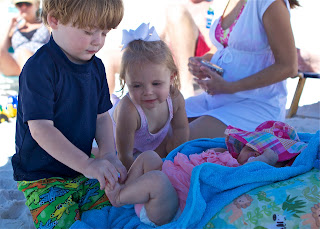 Coleman and Lila playing with Alli 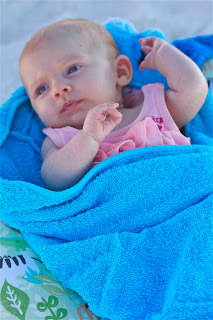 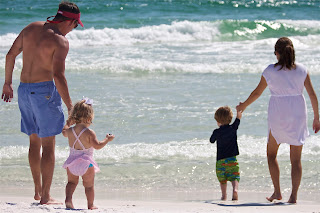 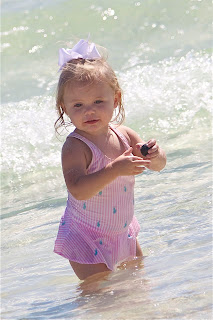 Both babies took the best naps after being out on the beach all day, and we had to wake them up after 2.5 hours to get ready for dinner. We met Josh's family at the Back Porch, which was one of our favorite restaurants to go to when we lived here. It is so delicious as well as nice and loud so that no one would be disturbed by our loud children! 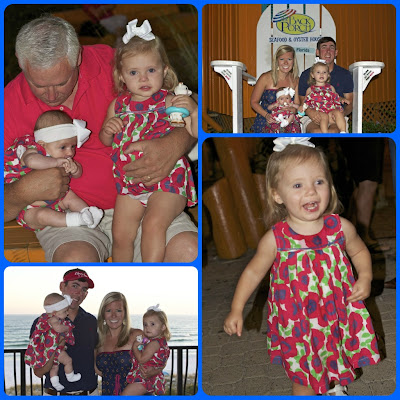 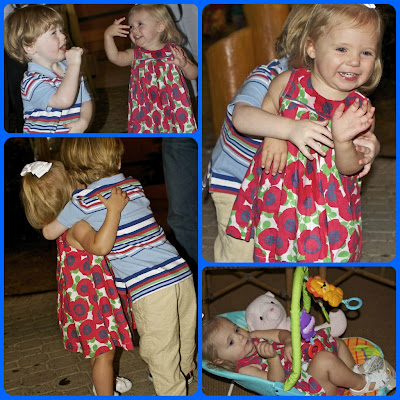 After dinner, Lila and Coleman had fun playing with each other outside the restaurant. Coleman kept hugging Lila, which she thought was so funny. They are so cute together, and it's so much fun to watch them grow up together. The last time that they were at this beach together, they were only 2 and 9 weeks old!
Posted by KariBeth and Josh Gentry at 9:35 AM