Playtime with Coleman and Caroline

The last full day that we were in Atlanta, Mamu and Aunt Melissa brought Coleman and Caroline to play with Lila and Alli. They played so well together, even though the word "mine" was thrown around several times (2-year olds are such a joy...sigh). Alli enjoyed having someone smaller than her around and kept trying to pat her on the head. She would look at her with such surprise and shock and seemed to be so happy to have a friend more her size than Lila. Coleman and Lila had fun playing in Lila's princess tent, and when Coleman would try to get out, Lila would grab his pants and say "no Colkie (which is what she calls Coleman)".  They are so lucky to have cousins that are so close in age, and I'm glad that we get to visit with them so often! See y'all again in March! 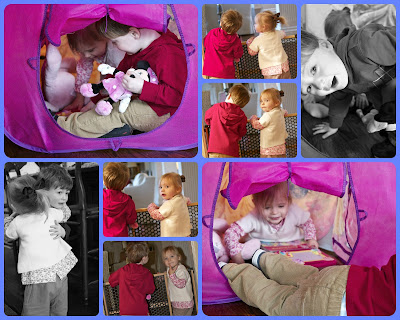 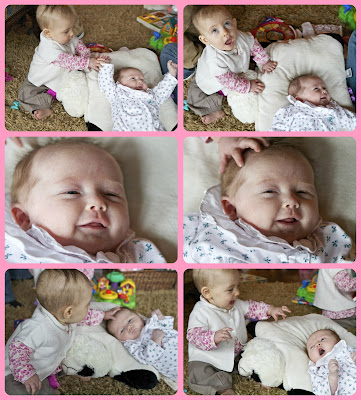 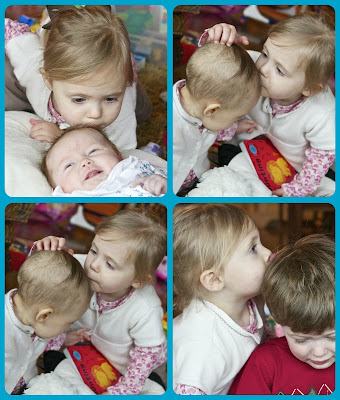 All four cousins playing together 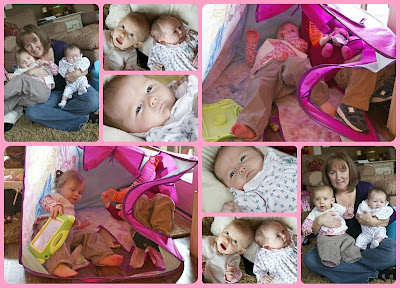 Posted by KariBeth and Josh Gentry at 10:41 AM