Last night the Junior League of Galveston County hosted their Annual Dinner at the Tremont House in downtown, historic Galveston, Texas. The Tremont House is an old hotel, and it is absolutely beautiful! I got there early to help Ronnie (our arrangements committee chair) set up, and she had the ballroom looking stunning by the end of our set up. I have really enjoyed serving on her committee this year and am equally as excited to be under her on the Holiday Ball committee for next year! 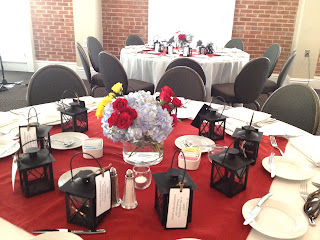 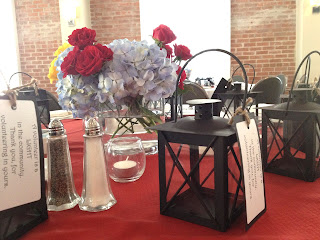 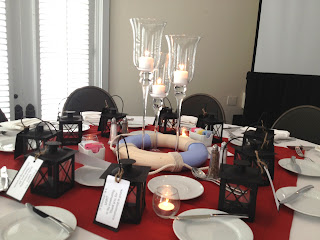 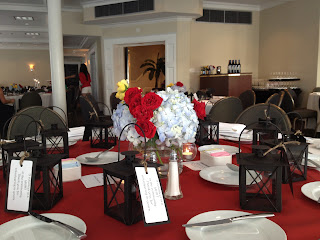 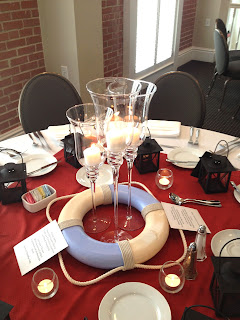 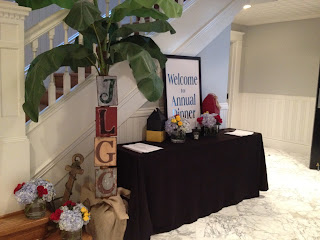 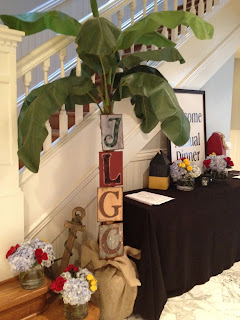 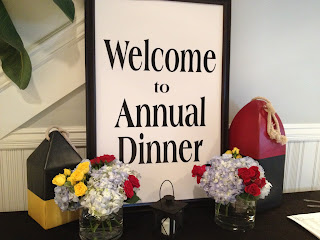 The dinner was so much fun, and at the end, we got to reveal the theme for next year's Holiday Ball (our biggest fundraiser every year). Our theme is Casablanca Night and it was revealed to the League by Ronnie and her amazing intro. After Ronnie built up and announced the theme, a few of us went around the ballroom dressed as cigar and cigarette girls (like they had in the 40's) and passed out candy cigars and cigarettes with the Casablanca Night logo attached to them. Everyone was so excited to hear about our awesome theme, and it was so special that we were at the Tremont, because the ball next year will be at the Tremont House as well! I'm so excited to continue the planning for our biggest party and fundraiser for the 2012-2013 League year! 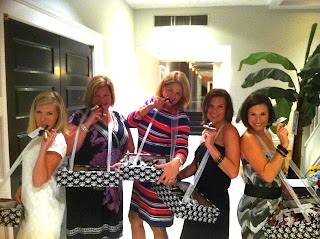 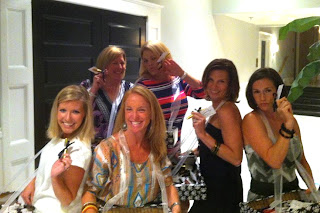 Posted by KariBeth and Josh Gentry at 5:38 PM