We've been in Atlanta for the past five days celebrating Christmas with our families, so this post is almost a week late, but at least I'm getting it out before the new year! Christmas day was so much fun! The girls are at such a great age, and they were so excited to see what Santa had brought for them.
They woke up around 8am, which was later than normal, but they had gone to bed a little later the night before.  We got Alli out of bed, then walked through the bathroom to get Lila so that Alli didn't see any presents yet. After we got Lila up, we brought them both outside to the living room where Santa had set up shop.  Both girls were so shocked and thrilled at all of their new things. Lila ran to the art cart first and started painting right away, where Alli took a look at all of her things before picking the cars to check out first. 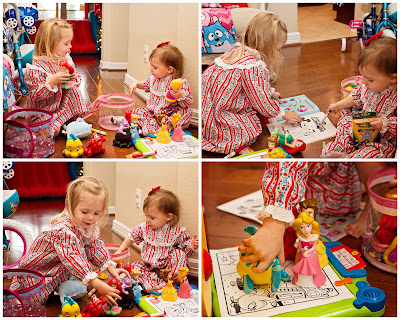 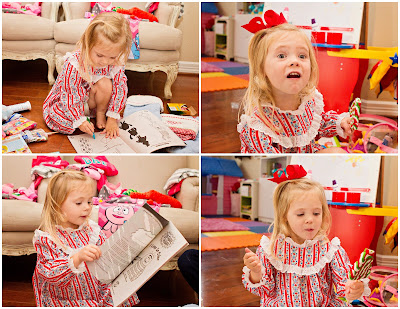 They played for a while by the playroom before they noticed the huge bouncy house that was set up in the family room. We ALL had a great time jumping in the bouncy house, and Lila was able to watch her new favorite movie, The Wizard of Oz, inside of it. 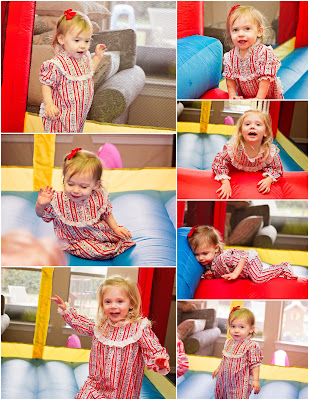 Josh made us a big breakfast of eggs, sausage, and pancakes, and it was so good. The girls especially loved the pancakes :). The rest of the day was spent lounging around, playing with the new toys, and learning to ride Lila's new bicycle with daddy. We all had such a wonderful Christmas!

Posted by KariBeth and Josh Gentry at 6:14 PM