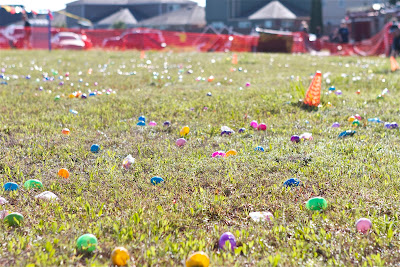 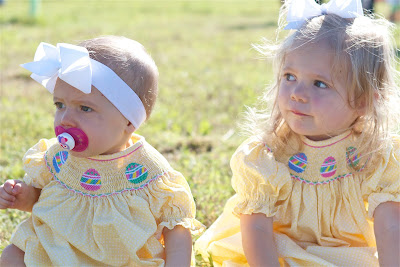 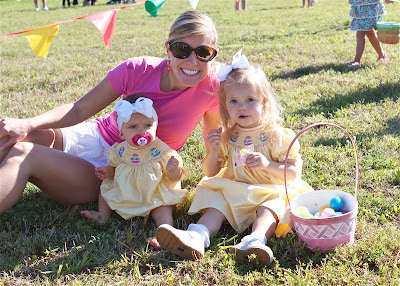 This is the second year that we attended the Watershed Church's Easter egg hunt, and we have had so much fun both times. This year's egg hunt was so much different than last year because Lila was old enough for her competitive side to come out (although she didn't knock anyone down or anything!), and Lila was really into putting the eggs in her basket. There were LOTS of tears before the hunt started because she didn't quite get the concept of waiting, but once it began, she found herself a lot of eggs. Our friends Tamara and Elle were able to join us, and we had a great time watching the girls play on the playground after the egg hunt. We went out to an early lunch at Jason's Deli afterwards, which is always good! They are moving this Summer, and we will miss being able to spend time with them, so I'm glad that they were able to spend this Easter weekend with us! 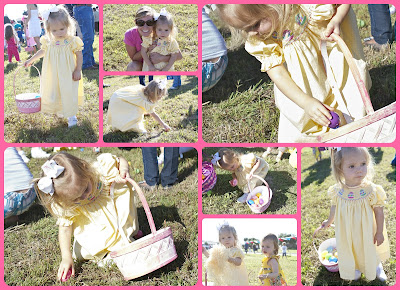 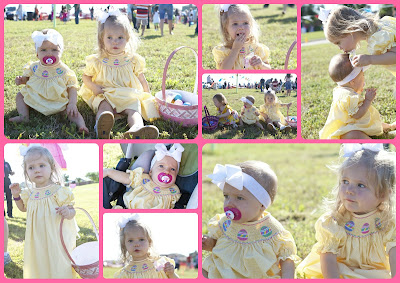 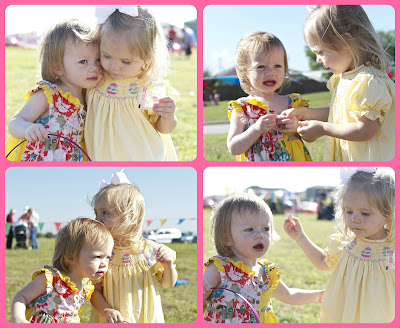 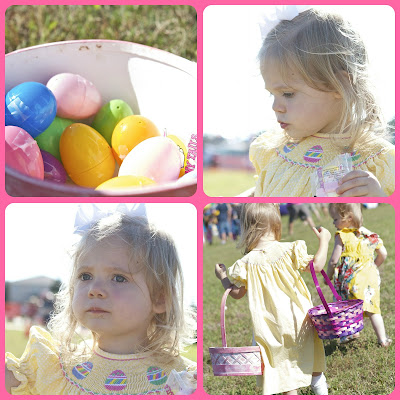 Posted by KariBeth and Josh Gentry at 9:45 AM