It's a little ridiculous, I know, that she's almost two and a half and she is just now getting her first haircut, but, Josh and I have been such babies about it. We kept putting it off because we were scared at  how different our "baby" would look after a haircut. Well, we finally broke down and realized that we've waited long enough! 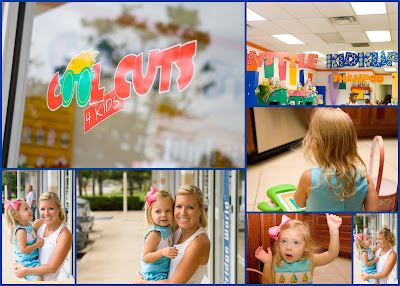 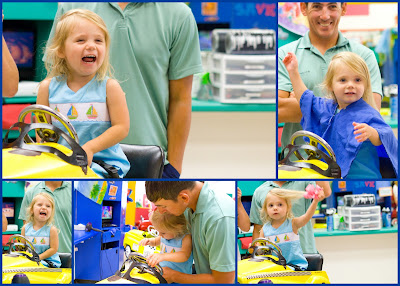 We took her to Cool Cuts 4 Kids in Friendswood, and it was such a cool place! They have toys, movies, and video games in the waiting area so that the kids can't get too bored waiting for their turn. Luckily, we had an appointment (because it was PACKED), so we didn't have to wait too long. 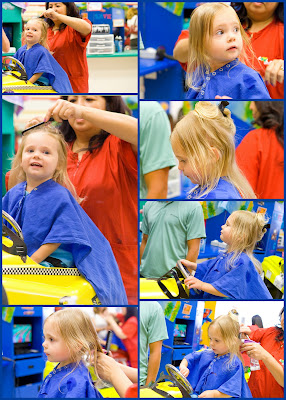 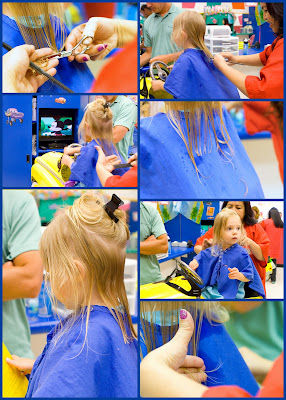 Lila's stylist (I feel like I should use that term loosely, but I guess they all have to be licensed?) was so nice and dealt with her wiggling so well.  Lila started off pretty still because she was trying to figure out what was going on. However, as the haircut progressed, she started getting a little more antsy and a little more irritated that someone was touching her hair (she's not a huge fan of people touching and playing with her hair). The stylist gave her a lollipop for behaving so well (and to keep her concentrated on that for the last few snips). She also gave her a shiny star on her cheek, which Lila was so proud of! Lila's hair doesn't look all that different, but it is 2.5 inches shorter and the ends are so much more even. 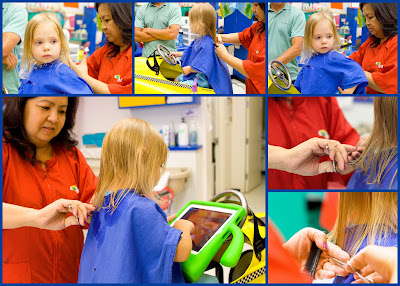 I got a few crazy looks for snapping a few million pictures on my huge camera, but I didn't care. I wanted to document this big day in our first baby's life!

Posted by KariBeth and Josh Gentry at 8:15 PM