On Sunday, July 15th, we had our baby, Alli's very first birthday party at my parent's house! The day before, we had Kimberly and Ralson's big couples shower, so we were almost a little partied out, but nevertheless, we had a great time celebrating our Allison Neal! 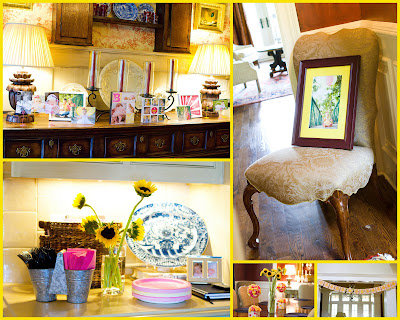 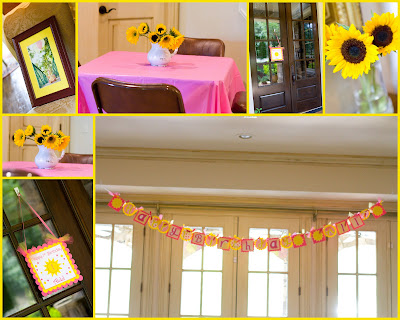 It was a sunshine theme, so I tried to keep the colors as bright as possible! There were pink and yellow decorations everywhere, from the banners, to the birthday hat, to the balloons, and the cake.  I made sunshines for each month and had Alli's monthly sticker picture glued to them which I put in hot pink flower pots and displayed in the center of the food table. My aunt boo made most of the food (veggie pizzas and an adorable watermelon bowl with "Alli" carved into it), but we also had Publix sandwiches (my favorite!) as well as some chips and pretzels. 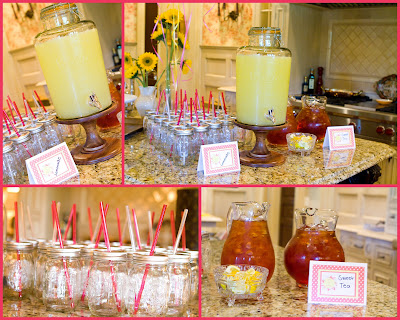 The cakes were also made by my Aunt Boo, and they were so delicious, not to mention adorable! The main cake was a big strawberry flavored sunshine, the cupcakes were little strawberry flavored sunshines with hot pink candy corn for their rays, and Alli's little cake was a vanilla flavored yellow and orange sunshine cake with her name and the number '1' written along the sides.  They were all just as cute as they were good. 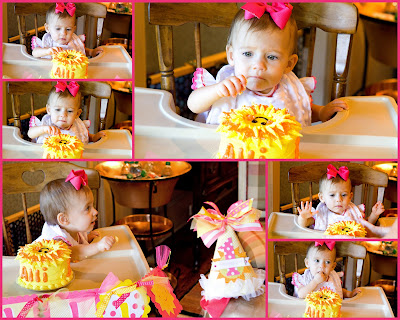 Alli surprised me with how much she ate of her cake. I really thought that she would just stare at it and cry because everyone was looking at her (she's a little sensitive like that), but she actually ate a few little bites. They were very little bites, but she really seemed to enjoy the pieces of icing that she'd put in her mouth. Lila really enjoyed Alli's cake, and she proceeded to help Alli eat it while everyone was watching. Lila also insisted on wearing Alli's birthday hat, which seemed just fine with Alli as she wasn't too terribly thrilled to have to wear it at first. I'm glad that they could work together as a team to tackle the birthday traditions! 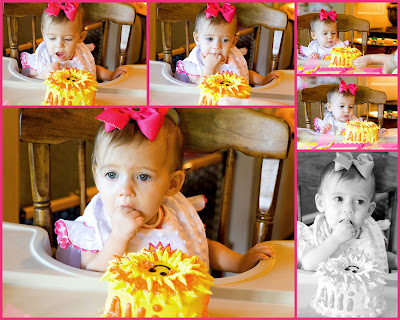 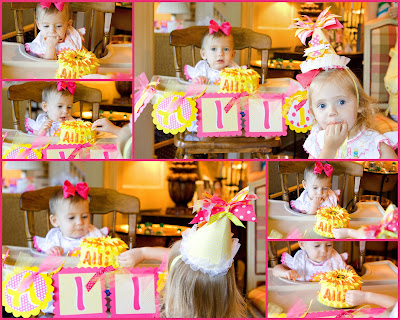 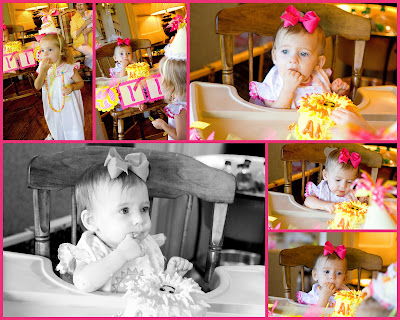 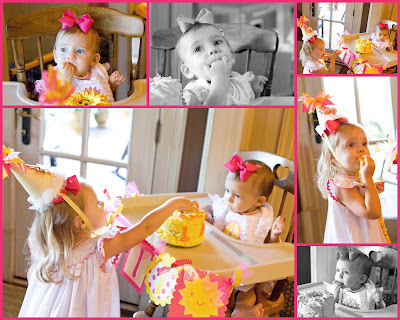 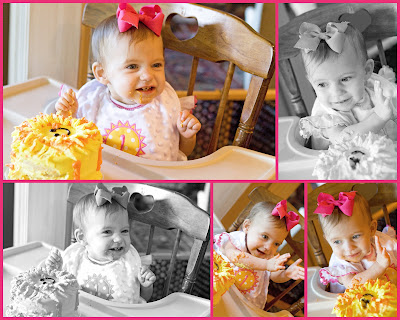 We are so thankful to our friends and family that came out to celebrate with us. We had such a great time visiting with them, and we are so blessed to have such great people in our lives and our children's lives. We had a such a fabulous day celebrating our baby's first birthday!! 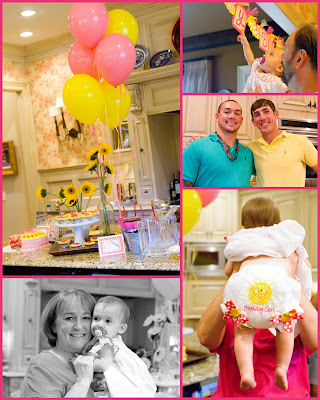 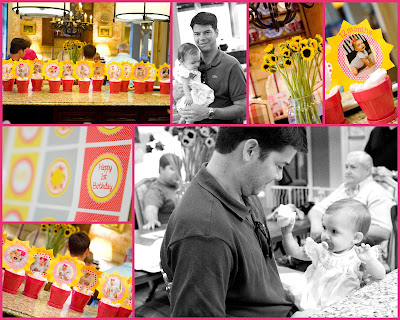 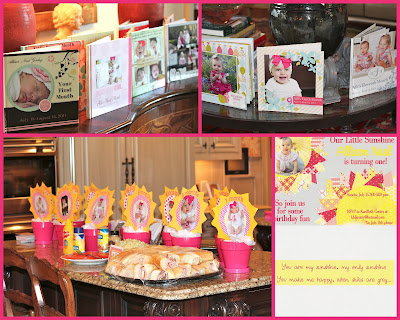 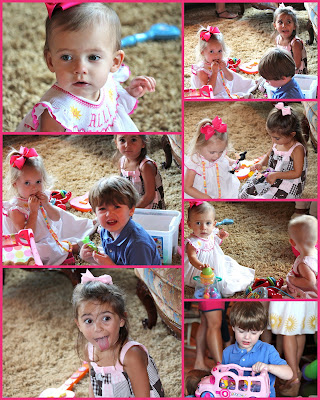 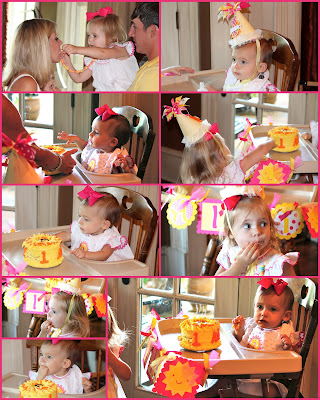 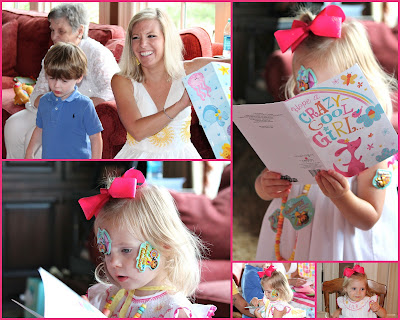 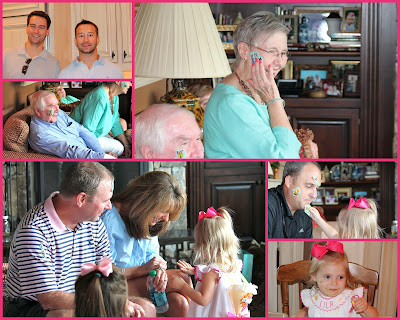 Posted by KariBeth and Josh Gentry at 7:53 AM