Saturday night, I helped 13 of Kimberly's closest friend's host Kimberly and Ralson's couples shower out at my parent's house in Suwanee, Georgia. It was such a beautiful night (a little hot, but nice), and I know that Kimberly and Ralson had such a great time with their friends.
Since my parents live a bit far from where most of the guests were coming from, they rented a party bus to pick the guests up in Buckhead to take them out to the house and then back to Buckhead after the party was over. The bus idea worked out beautifully, and I think it made the party have much more of a laid back feel knowing that no one had to worry about driving all the way back home. 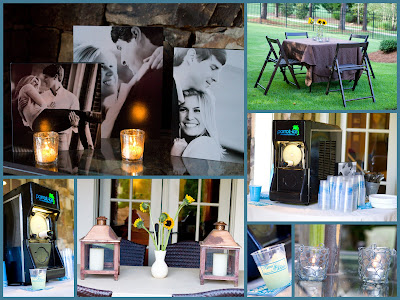 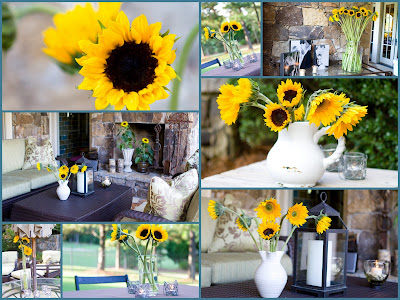 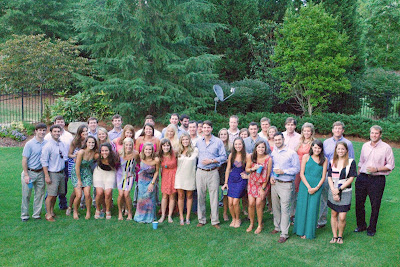 We rented a margarita machine for the party, which my brother's friend, Josh manned for us. We also had gorgeous sunflowers, votive candles, and black and white standout prints from Kimberly and Ralson's engagement photo shoot for decorations.  Everyone signed the guest book (yay!), and we were even able to get all of the party guests together for a BIG group picture, which was a feat in itself! The batting cage was put to good use by many of the party guests, and I have to admit that the girls were crushing the ball a little harder than the guys. One guy even ended up with a bloody nose after failing to move out of the way of a hit ball...one of the only party fouls of the night, but we still have the ball to show for it!
A great time was had by all, and it was so much fun getting to meet many of Kimberly and Ralson's friends that I had never met before. My girls were even able to join the party for a bit before the babysitter put them to bed. They almost stole the show, but we had to remind them that it wasn't their party quite yet! This past weekend made me even that much more excited for the BIG DAY in September! 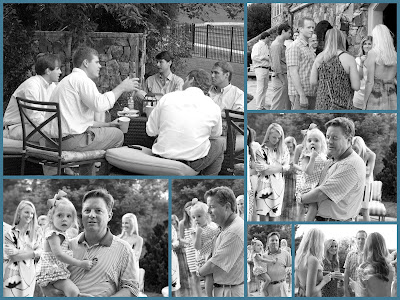 Posted by KariBeth and Josh Gentry at 6:13 PM