It was so nice to have a break from the parks after three long days going at it strong.  We all slept until after 9 am, then we took our time eating breakfast and hanging around the hotel room before venturing to the pool. It gave Josh some time to get his schoolwork done as well, which was good for him. 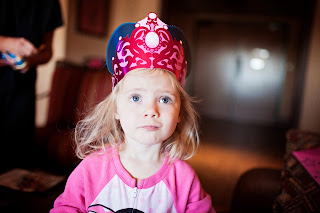 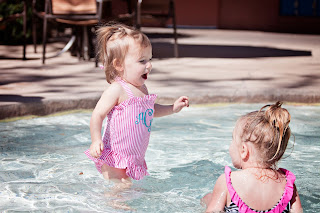 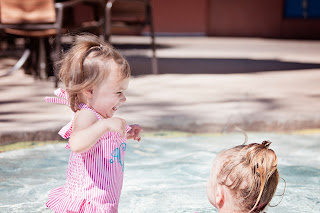 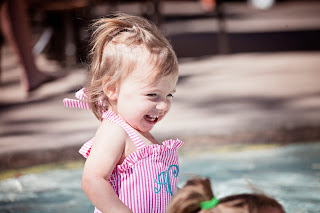 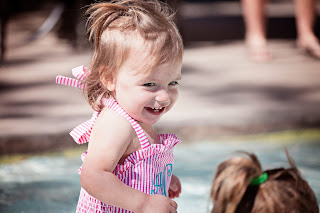 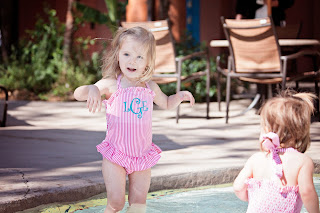 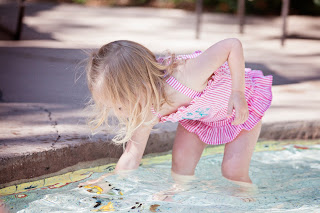 After lunch, we got the girls dressed in their swim suits and headed down to the pool. They had a baby pool which fit them perfectly! They loved being able to swim and splash all by themselves (and I loved being able to watch them play without having to actually get in the water!).  There was another 3-year old girl that was playing in the pool, and Lila and Alli quickly made friends with her. We stayed at the pool for a little over an hour before Lila had a meltdown and we realized that it was definitely time for a nap. 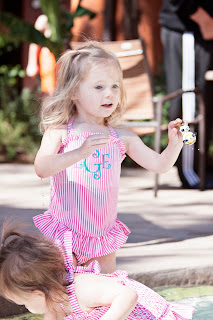 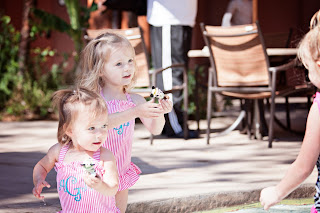 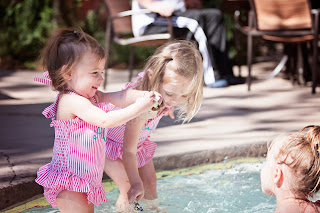 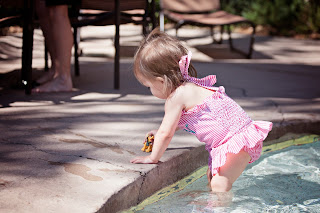 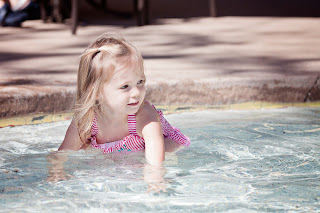 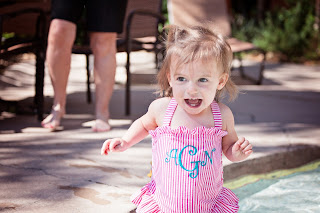 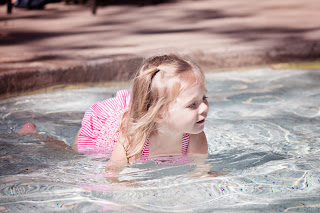 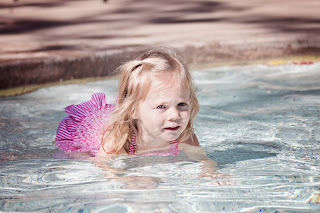 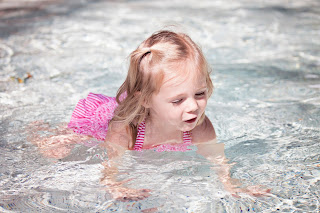 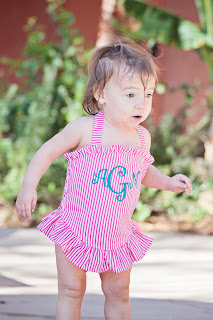 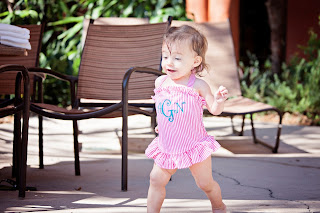 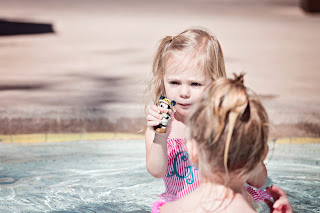 Josh stayed upstairs and finished up some work while the girls slept, and I went to workout and then back down to the pool with my brother, dad, and mom. After laying by the pool for a while, we had to go back up to get ready for dinner. 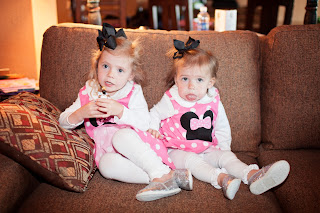 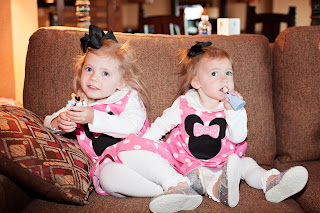 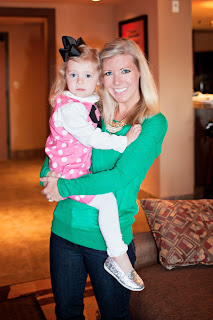 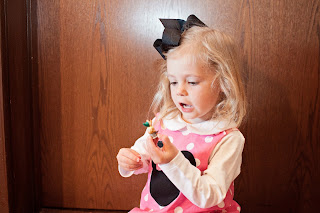 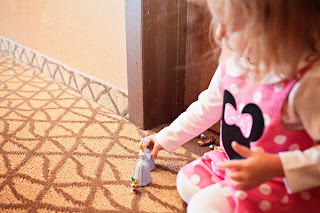 We went to dinner at Wolfgang Puck's restaurant in Downtown Disney. It was so good and just loud enough to drown out the girls in case they wanted to pitch one of their awesome fits (although they never did during this particular dining experience, which was nice!). After dinner, we walked around Downtown Disney for a while, and then drove to the Hyatt Grand Cypress to look around and stroll down memory lane since that is where we used to stay every time we would come to Orlando as kids (about 3-4 times per year). 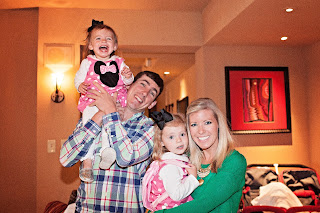 attempts at a family picture 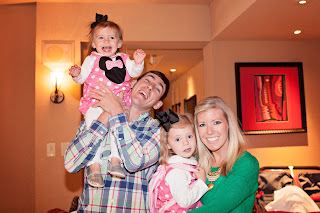 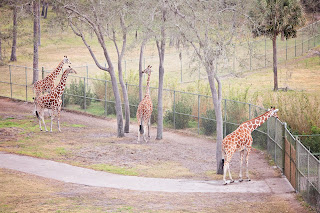 feeding time for the animals outside of our room 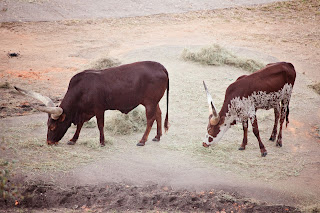 Posted by KariBeth and Josh Gentry at 2:52 PM