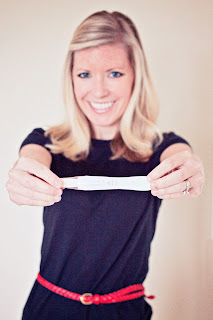 We welcomed the new year with a BIG surprise :) Exactly one month to the day after our miscarriage, we found out we were pregnant with our third little blessing. Of course, we were actually trying this month, so it wasn't all that much of a surprise, but it was definitely an exciting confirmation and not one that I thought we would find out about for another few days at the least.

I think I took about 100 tests to confirm (I realize that I have a major POAS-'pee on a stick' problem). 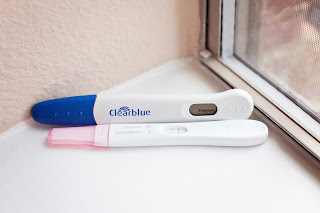 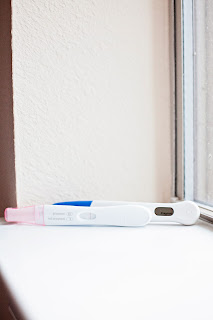 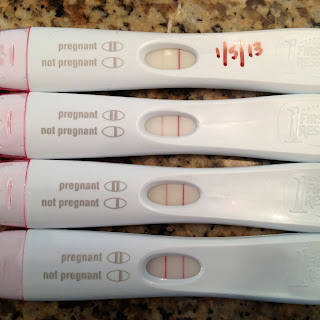 I told you it was excessive! I just needed more proof haha.  It was lucky that I already happened to have an ob/gyn appointment scheduled for January 16th for my annual exam, so it was just changed to a new ob appointment, which meant I got to see the doctor a couple weeks earlier than I normally would have. The doc gave me an ultrasound which showed a sac around 5 weeks, and even though we couldn't see a fetus, the doctor said that was exactly what he expected to see that early.
The doctor wanted me to come back in a week for an official ultrasound to measure the fetus and determine a due date. The little nugget measured 5 weeks and 6 days, we saw and heard a cute little heartbeat, and measured the heart rate at 139 bmp. The ultrasound tech set my due date at September 19, 2013. It's exciting to finally have a due date, and I'm already looking forward to the long, hot summer ;).
I had another doctor's appointment on February 20th, and we got to see the little nugget again. He/she is so much bigger now, and the first thing that I noticed was that he/she has legs! He/she was kicking up a storm and moving all around (I think he/she liked that Coca Cola I ingested a few hours prior).  We saw the heartbeat, and he/she measured at 10 weeks 3 days, which is a few days ahead of my due date but not enough to change it. It is definitely starting to get more real, and I'm so happy and blessed to be having a healthy pregnancy so far.
I'm finally starting to feel a little better too, which is nice. I haven't seemed to be as tired this time around (maybe because I don't have time to be tired when taking care of two little ones?), but the ickiness and nausea has been worse than I remember (although I tend to have pregnancy amnesia and only remember the good parts). I do have the nose of a bloodhound this go 'round though which I know is different, and my skin is worse than a teenage boy's going through puberty. I'm really missing my heavy-duty acne cream right about now. Other than that, it's been great so far :)

Posted by KariBeth and Josh Gentry at 7:57 AM